Sublime Israelite Teachings Encoded In The Book of Mormon 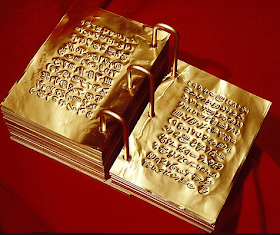 There seems to be a great push by many intellectuals, educators, churches (whether Christian or Mormon) to label The Book of Mormon as a fraud or at best a work of "inspired fiction".  Unfortunately, many of these voices have not approached The Book of Mormon with an Israelite perspective. In doing so, they miss many divine truths captured in the text-Divine truths that require Israelite eyeglasses to behold.

One such truth is an ancient teaching that contains instructions on God's name (his character, attributes, and how he interacts with his children) and the patterns of the Exodus. The nature of this teaching is so sublime and so encoded into the text of the Book of Mormon that only an Israelite schooled after the manner of the Jews could identify this teaching. In other words, it would truly take divine revelation from on high to craft a record using a 21 year old, gentile boy from upstate New York in 1830 to compose a record that contained this intricate teaching only preserved to this day by some of the oldest traditions in Judaism.
The Book of Mormon is heavily dependent on the Torah of Moses in both content and structure. In fact to understand the full message of The Book of Mormon it requires the learning of the Jews to unlock the prophetic secrets contained in the record. Without this understanding, many of the greater teachings contained in the Book of Mormon would remain forever sealed.
The story of The Exodus of Israel is pivotal to Israelite History and prophetic tradition. The Book of Mormon follows this same pattern with Lehi's "exodus" from Jerusalem prior to the Babylonian Captivity. While the story outwardly follows the pattern of the Israelite Exodus it also inwardly follows the same pattern.  The two accounts run together in a manner to provide us a testimony to the authenticity of both the Torah and The Book of Mormon, but it also runs together to restore a very ancient teaching regarding man's eternal progression and the stages of the soul.

This article requires one to approach The Book of Mormon after the manner of the Jews. In the story of the Exodus from Egypt there are three verses that describe God's power dividing the Red Sea allowing the Israelites to pass through on dry land:
"(19)And the angel of God, which went (hä·lak-traveled) before the camp of Israel, removed and went behind them; and the pillar of the cloud went from before their face, and stood behind them:
(20)And it came (bow-came)between the camp of the Egyptians and the camp of Israel; and it was a cloud and darkness to them, but it gave light by night to these: so that the one came not near the other all the night.
(21)And Moses stretched (natah-stretched) out his hand over the sea; and the LORD caused the sea to go back by a strong east wind all that night, and made the sea dry land, and the waters were divided." (Exodus 14:19-21)

The combining of these verses is what gives us the 72 names of God. The teachings regarding these verses are found in several Jewish texts that have preserved many of the ancient teachings. In the Zohar (II:51b) it is stated that these three verses refer in order to the attributes of God called chesed (Mercy), gevurah (Severity/Power), and tiferet (Beauty). The combining of the three- Mercy|Severity|Beauty- the basic picture of how God interacts with his creation. In doing so they combine to form what is called the explicit name name of God or a divine manifestation regarding his character and attributes.  In the Sepher Bahir we find the instruction of the same listed by the key words referring to these verses by citing the following phrases, "And Traveled(19)...And Came(20)...And Stretched (21)...".  The usage of these words are an example of remez or an Israelite technique of quoting a portion of a scripture to refer one back to the source scripture that the teacher was quoting.
The writers of the Bahir and Zohar use these code words,"And Traveled(19)...And Came(20)...And Stretched (21)..." to direct their readers to the verses comprising Exoduse 14:19-21. The teaching being communicated in Judaism is that each of the verses is meant to contain an encoded instruction regarding three attributes of God as follows:
(19)Chesed or Mercy
(20)Gevurah or Severity/Power/Justice
(21)Tiferet or Beauty (the balancing of Justice and Mercy-called the Secret of The Son)
This teaching then goes on to reveal some of the most ancient doctrines regarding the power of the name of God that is attributed to both Moses and Enoch.

THE DIVINE EXODUS IN THE BOOK OF MORMON

As an Israelite document, The Book of Mormon follows the ancient patterns of the Torah to reveal and conceal the most ancient of teachings that came down through the House of Israel from The Fathers.  In following this ancient pattern of "AND TRAVELED...AND CAME...AND STRETCHED" we find that the Prophet Nephi draws upon this ancient code to communicate the same ancient principle.  In 1 Nephi 2:4-6 we find following parallel phrases and code words used in exactly the same sequence as found in Exodus 14:19-21:
"4 And it came to pass that he departed (halak) into the wilderness. And he left his house, and the land of his inheritance, and his gold, and his silver, and his precious things, and took nothing with him, save it were his family, and provisions, and tents, and departed into the wilderness.
5 And he came (bow) down by the borders near the shore of the Red Sea; and he traveled in the wilderness in the borders which are nearer the Red Sea; and he did travel in the wilderness with his family, which consisted of my mother, Sariah, and my elder brothers, who were Laman, Lemuel, and Sam.
6 And it came to pass that when he had traveled three days in the wilderness, he pitched (natah) his tent in a valley by the side of a river of water."
If we follow the pattern of this Israelite teaching then it would follow that:
AND TRAVELED -  BOM 2:4 Parallels Exodus 14:19- Chesed or Mercy
AND CAME- BOM 2:5 Parallels Exodus 14:20- Gevurah or Severity/Power/Justice
AND STRETCHED-    BOM 2:6 Parallels Exodus 14:21- Tiferet or Beauty
In other words, the Prophet Nephi is using THE EXODUS account as a template in his "exodus" account to comment on the same ancient teaching. In following this ancient pattern Nephi then discloses in poetic form the same teaching as passed down in various Jewish traditions, but in this case the teachings are encoded in Lehi's admonition to his sons Laman and Lemuel:

Chesed- The Fountain of Righteousness

"And it came to pass that he called the name of the river, Laman, and it emptied into the Red Sea; and the valley was in the borders near the mouth thereof. And when my father saw that the waters of the river emptied into the fountain of the Red Sea, he spake unto Laman, saying: O that thou mightest be like unto this river, continually running into the fountain of all righteousness!" (1 Nephi 2:8-9)
In ancient Israelite symbolism mercy (chesed-equated with the divine feminine) is equated with a fountain as in "the fountain of all righteousness".  We see this same sentiment expressed in the Psalms:
"How excellent is thy lovingkindness (chesed or mercy), O God! therefore the children of men put their trust under the shadow of thy wings.
They shall be abundantly satisfied with the fatness of thy house; and thou shalt make them drink of the river of thy pleasures. For with thee is the fountain of life: in thy light shall we see light. O continue thy lovingkindness (chesed or mercy) unto them that know thee; and thy righteousness to the upright in heart." (Psalms 36:7-9)

BUT WHERE IS THE BEAUTY-TIFERET: 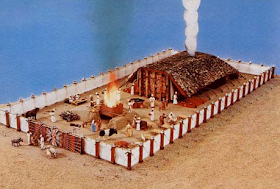 "And it came to pass that when he had traveled three days in the wilderness, he pitched (natah) his tent in a valley by the side of a river of water." (1 Nephi 2:6)
Just as Exodus 14:21 equates with the characteristic of beauty so too would it's parallel 1 Nephi 2:6 as noted by the Hebraic marker -- and he stretched (natah)EX:14:21) and  1 Nephi 2:6 -he pitched (natah). Here the stretching out of God's hand is a symbol of beauty or the balancing or mercy and justice.  It is the same Israelite symbol of stretching or pitching a tent. Here the symbol of the tent is associated as a holy place such as Moses Tabernacle or Tent in the Wilderness. The tent or Tabernacle in the Wilderness is the place where God balances Mercy and Justice which brings about true Beauty.  In Israelite theology tiferet/or beauty is called the "Secret of Messiah". The ten vessels of the Tabernacle in the Wilderness symbolize the sephirot or attributes of God.  In particular the altar equates to the attribute of beauty- tiferet- with its connection to malkut (earth/stone symbolized by the stone of the altar or "he built an altar of stones")
Nephi then crafts a poetic parallelism between the concepts of Mercy-Justice-Beauty as he expounds further:
Mercy- Verses 11 and 12 mirroring verse 4
Justice- Verses 13 and 14 mirroring verse 5
Beauty/Tiferet 15 mirroring verse 6 - "And my father dwelt in a tent"

WHY IS THIS IMPORTANT?

The ancient teaching regarding the names of God are centered in the balancing of Justice and Mercy.  We find this balance in the beauty of the atonement.  The prophetic connection between Exodus 14:19-21 with 1 Nephi 2:4-6 is significant in that is the foundation teaching for accessing the Treasury of Heaven to obtain the Record of Heaven (The Ruach ha Kodesh).  In doing so, Nephi is preserving an ancient betrothal gift and technology designed to transform the the hearts of the people and to manifest the gifts of the God.
There are so many willing to throw aside The Book of Mormon as a legitimate record of the House of Israel because it does not conform to their gentile Christian traditions.  Those who have eyes to see and ears to hear will set aside these traditions.  In doing so they can then explore the record to uncover the true Beauty of the record as an Israelite record.  They will then understand why it says it contains the fullness of the gospel (besorah). 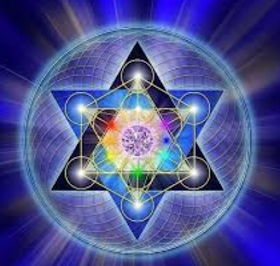