THE HEART OF THE COVENANT, THE BOOK OF MORMON AND BINDING WITH THE NAME (PART 3) 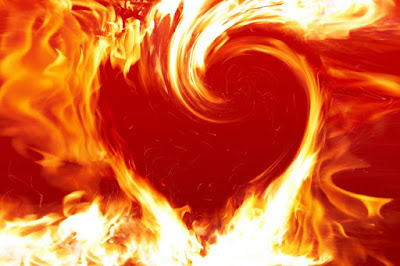 Thus far we have explored the binding of the Adversary and his band of Watchers employing the covenant God extends to his people.  The heart of this covenant and the heart of God's name are the instructions and the commandments he gives to his people.  In Hebrew the center of thought is the Heart.  God's commandments are the expressions and thoughts of His heart given to his people- his Torah.  Like the heart which pumps the life giving blood throughout the body, His Torah is the divine center that pumps the life of his spirit through the body of his people.  Without his instructions, there is no life.  This is why his Torah (often translated as Law) is the heart of his covenant and the means by which the Evil One and his Watchers are bound.

When we understand that God's Torah (commandment's, etc) is the mechanism by which his spirit is manifest and able to function in this world, then the importance of his Torah takes on new life. Without the law there is no mechanism for God's spirit to function in this physical world.  This ancient truth was also reiterated by Joseph Smith when he declared:

"There is a law, irrevocably decreed in heaven before the foundations of this world, upon which all blessings are predicated— And when we obtain any blessing from God, it is by obedience to that law upon which it is predicated." (D&C 130:20-21)

If the law is the heart of God's covenant and the life giving muscle whereby he pumps his spirit through the body of his people, then it makes sense that the Adversary would go to great lengths to destroy, obscure, and dilute God's Torah as being old, done away with, and no longer applicable. But, as declared in the Torah, the Prophets, the New Testament, and the Book of Mormon God's commandments and word are eternal.  In fact the Messiah himself declares:

The purpose of the Messiah and his mission in overturning the dominion of the Evil One and his group of Watchers is to establish God's dominion by establishing God's Torah (Law/Commandments/ etc).

NEPHI AND DESTROYING THE SECRET COMBINATIONS

Hidden in the Hebraic parallelisms of the Book of Mormon, the Prophet Nephi reveals in purity the power of God's Name as expressed in the Law he gave to his people.  It was taught in ancient Israel that the Torah God gave to Israel was given in response to the sins of the Evil One and his group of Watchers.  In true Israelite fashion, Nephi also echoes the ancient teaching that the foundations of the evils in this world are the result of the Evil One and his angels.  His warning to the Latter-Day Gentiles should resound as a voice of warning:

" And there are also secret combinations, even as in times of old, according to the combinations of the devil, for he is the founder of all these things; yea, the founder of murder, and works of darkness; yea, and he leadeth them by the neck with a flaxen cord, until he bindeth them with his strong cords forever." (2 Nephi 26:22)

Yehovah Elohiym does not work in darkness and all that he does he does for the benefit of the world.  Unlike the Evil One who seeks to subjugate the world under his dominion of darkness, Yehovah Elohiym seeks to proclaim his love and to draw all men and women to him to partake of the Heavenly Gift of his Salvation.  Unlike the Evil One, his gift is given in pure love (charity/tzedekah) to all men and women on earth to demonstrate that no one is forbidden to come to him and that all are priveleged one like unto another.

In his record Nephi reveals one of the devices of the Evil One as being "priestcrafts".

"He commandeth that there shall be no priestcrafts; for, behold, priestcrafts are that men preach and set themselves up for a light unto the world, that they may get gain and praise of the world; but they seek not the welfare of Zion." (2 Nephi 26:29)

"Thy word is a lamp unto my feet, and a light unto my path.
I have sworn, and I will perform it, that I will keep thy righteous judgments.
I am afflicted very much: quicken me, O Lord, according unto thy word.
Accept, I beseech thee, the freewill offerings of my mouth, O Lord, and teach me thy judgments.
My soul is continually in my hand: yet do I not forget thy law (Torah).
The wicked have laid a snare for me: yet I erred not from thy precepts.
Thy testimonies have I taken as an heritage for ever: for they are the rejoicing of my heart.
I have inclined mine heart to perform thy statutes alway, even unto the end." (Psalm 119:105-112)


The prophet Nephi echoes this in his instructions to the Gentiles who have the Book of Mormon. He explains that we should have charity.  Charity in Hebrew is the word Tzedekah or acts of love or acts of righteousness.  In Hebrew Love is connected with action and not just an emotional feeling.  This is why the Prophet Moroni defines Charity in action oriented terminology or the how a righteous act of love should be carried out and what a righteous action looks like:

"And charity suffereth long, and is kind, and envieth not, and is not puffed up, seeketh not her own, is not easily provoked, thinketh no evil, and rejoiceth not in iniquity but rejoiceth in the truth, beareth all things, believeth all things, hopeth all things, endureth all things. Wherefore, my beloved brethren, if ye have not charity, ye are nothing, for charity never faileth. Wherefore, cleave unto charity, which is the greatest of all, for all things must fail— But charity is the pure love of Christ, and it endureth forever; and whoso is found possessed of it at the last day, it shall be well with him." (Moroni 7:45-47)


Nephi states that unlike the systems of priestcraft God's system is based on charity or actions of love and righteousenss.  He then goes on that the Laborer in Zion does not act to get gain (money) but they labor for Zion. He then goes on to delineate God's commandments from the Torah which are known in Israelite though as "Actions of Love":

As discussed in part 2 of this series, in Israelite thought a name is much more than just a title like Tom, Dick, or Harriet. A name encapsulates a condition, a state of being, and all the authority and commandments associated with that name. God's Commanments or his Torah are the expression of his NAME.  By establishing his commandments we establish his domionion thereby binding the power and influence of the Evil One.

The Establishing of  God's commandment (His Instructions/Torah) is encapsulated in the Greatest Commandment known as the Shema and reiterated by the Messiah:

"Hear, O Israel: The Lord our God is one Lord:

And thou shalt write them upon the posts of thy house, and on thy gates." (Deuteronomy 6:4-9)

"Master, which is the great commandment in the law (Torah)?

The true love that binds the influence of the Evil One and His Watchers is the love of righteous actions in the keeping and establishing of God's commandments.  It is through establishing the Law that the secret combinations and priestcrafts are destroyed in the land.  This is why it is necessary for the people to know the Law of God. Without God's Law, his people do not receive the life giving flow of his spirit and they become weak:

"And that they had altered and trampled under their feet the laws of Mosiah, or that which the Lord commanded him to give unto the people; and they saw that their laws had become corrupted, and that they had become a wicked people, insomuch that they were wicked even like unto the Lamanites." (Helaman 4: 22)

The Law of God as his Name Binds the power of evil in the land. In these last days of the United States of America, the Evil One is employing many forces to remove and alter the commandments of God in America- The name of God being removed from all Edifices and Monuments, The commandments of God being removed from our Courthouses and State Capitals, even the name of God being removed from our Pledge of Allegiance, etc.  It is no coincidence that the modern Gentiles of America are warned of a Secret Combination that seeks to overthrow the freedom and liberties of this land.  The agents and angels of the Adversary are many and they come in many forms.  These forms take the shape of false prophets, false religions, false churches, false government officials, etc.  And while many false influences abound there is still one test that stands true:

"To the Torah and to the testimony: if they speak not according to this word, it is because there is no light in them." (Isaiah 8:19)