NEPHI AND THE FEAST OF TRUMPETS IN THE LAND OF BOUNTIFUL 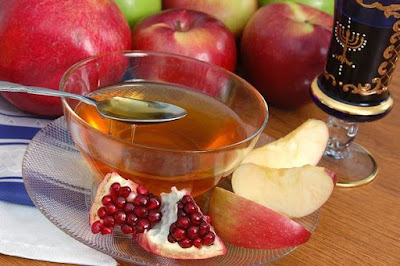 “And we did sojourn for the space of many years, yea, even eight years in the wilderness. And we did come to the land which we called Bountiful, because of its much fruit and also wild honey; and all these things were prepared of the Lord that we might not perish. And we beheld the sea, which we called Irreantum, which, being interpreted, is many waters. And it came to pass that we did pitch our tents by the seashore; and notwithstanding we had suffered many afflictions and much difficulty, yea, even so much that we cannot write them all, we were exceedingly rejoiced when we came to the seashore; and we called the place Bountiful, because of its much fruit.  ” (1 Nephi 17:4-6)

Lehi and his family traveled in the wilderness of correction for eight years prior to coming to the land they called Bountiful.  In the wilderness our carnal/natural state is revealed. It is also the place where we can correct and come into greater connection with God here in our temporary tabernacle/tent of wandering.  The number eight represents the culmination or fulfillment of their correction.  It represents a time when the person is prepared to receive the light.  It represents a time when the person’s soul is large enough and pure enough to receive eternal life or the land of promise.  Eight years in the wilderness represent the end of correction (tikkun).

After their travel in the wilderness, Lehi and his family arrive at a land that they called Bountiful because of its much fruit and wild honey.  The symbol of fruit and honey is reminiscent of the Feast of Yom Teruah/ Rosh Hashanah.  This Feast of Israel occurs in the seventh month (Tishri) right after the sixth month (named the month of Elul post Babylonian Captivity).  This month is a time of repentance in preparation for the Fall Feasts (Appointed Times) of Israel that commence with Rosh Hashanah.

According to tradition, after the incident of the Golden Calf and Moses breaking of the first set of tablets, Moses ascended Mount Sinai on the first day of Elul for a period of forty days.  After he ascended the Mountain of the Lord, he then descended to the camp of Israel at the base of the mountain forty days later on Yom Teruah/Rosh Hashanah.  To this day, Jewish tradition celebrates Rosh Hashanah by dipping fruit (apples) in honey.  In ancient Israel the symbol of fruit dipped in honey was a symbol of correction and the putting off of the natural man.  It represented the sweetness of a restored relationship, and a place of serenity and plenty.  This place of serenity and plenty is represented by Nephi’s declaration of Bountiful.

Like Israel who went through a period of correction, Nephi records that they too came to a place of bounty, sweetness, and serenity after their period of correction as represented by the afflictions and difficulties they experienced.   The spiritual state of correction and change leads to a condition of bounty, sweetness, and serenity where they could see the many waters that separated them from the land of promise; the waters representing the barrier that separates the earth from the Throne of God as demonstrated in Genesis:

“And now it came to pass that there were a great multitude gathered together, of the people of Nephi, round about the temple which was in the land Bountiful; and they were marveling and wondering one with another, and were showing one to another the great and marvelous change which had taken place.” (3 Nephi 11:1)

The Prophet Nephi had ascended the Mountain of the Lord in varying degrees of intimacy during his correction in the wilderness.  In Bountiful he is once again commanded to ascend in preparation for their journey to the Land of Promise that represents the Throne of God. With each ascent into the mountain Nephi is also ascending in intimacy with God.  This is also known as ascending the tree of life or ascending the rungs of Jacob’s ladder.  In typical Israelite fashion Nephi draws upon the imagery and incident of these high and holy appointed times that restores key insights into increasing our intimacy of God.

All rights reserved. No portion of this article may be reproduced in any form without permission from the publisher, except as permitted by U.S. copyright law.
Posted by Mormon Yeshiva at 6:14 AM