THE BEAUTY OF THE BOOK OF MORMON 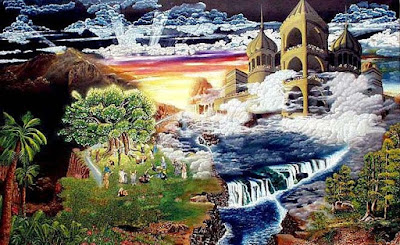 The Book of Mormon begins:

“I, Nephi, having been born of goodly parents, therefore I was taught somewhat in all the learning of my father; and having seen many afflictions in the course of my days, nevertheless, having been highly favored of the Lord in all my days; yea, having had a great knowledge of the goodness and the mysteries of God, therefore I make a record of my proceedings in my days.” (1 Nephi 1:1)

Everyone who reads these words with searching hearts is moved in some way.  Since its first printing we have been exposed to various interpretations of the Book of Mormon on a literal level. The Book of Mormon has been analyzed in many ways and yet it many ways the Book of Mormon remains a sealed book as its true message often remains veiled from the eyes of our understanding.

It speaks primarily one major message-the relationship between the God of Israel and the inhabitants of the land.  The Book of Mormon doesn’t just recount a history lesson, but give us the ‘how’ to see that relationship.  In it we find the gradual revelation of God, spiritual ascension, and the lessons of progression.  The beauty of the Book of Mormon is that it contains a science that teaches us the knowledge of the Fathers-even Adam and the first civilization of man- using sophisticated language, symbols, and historical accounts.  It describes the beauty of Zion and the creation of sacred space for us in ordinary language.

If we submit ourselves to the will and spirit of God, the language of the Book of Mormon describes for us the creation of Heaven on earth, its structure, the design of its society, and the process whereby those born of the spirit can replicate the condition of oneness with God.  The teachings of the Book of Mormon do not refer to the natural, carnal, or egotistical man but to the creation of the will to receive to bestow, i.e. Loving God and Loving our Neighbor.

The goal of these teachings being the creation of a state of joy, “Adam fell that men might be; and men care, that they might have joy.” (2 Nephi 2:25) The only difference between all men, creatures, and objects both great and small being the different levels of their will to receive and bestow joy-the differing capacities to receive and bestow joy determining the qualities and gifts of each.

The Book of Mormon in true Hebraic fashion reveals these teachings divided into five sublevels:

Taken together these revelations form the path or progression found in the name (YHVH) of God. It was the desire of God to bring Lehi and his family from the darkness of the world that existed in the land of Israel to a fullness of joy symbolized by the Land of Promise. It is the desire of God to fill his creation with the fullness of joy like a cup filled to the brim with fine wine.  It is the ascension of man from the base desires of the natural man to God’s state of being symbolized by the spiritual child of God.  In doing so God wants to give us to his state of being-his perfection and the ability to receive what he wants to bestow upon us.

The first seven books of the Book of Mormon follow the pattern of the seven days of creation.  The first six- 1 Nephi, 2 Nephi, Jacob, Enos, Jarom, and Omni corresponding to the six days of the week during which humanity commences in light goes through ongoing correction until it reaches a fullness with the seventh day (symbolized by the Words of Mormon) as a millennium, Sabbath, or Seventh day wherein a remnant of mankind is delivered and a renewal commences. This pattern is demonstrated by Lehi who receives the Light of the Creator as it came down and dwelt upon a rock progressing step by step or book by book to the destruction of the Nephites in Omni (the sixth day) followed by a deliverance by a Mosiah (a Moshiach-Messiah) and the establishment of “all things made new” in city of Zarahemla (a New Jerusalem) as described by Mormon.   The generation that experienced this destruction and deliverance also points to the time when the conscious ascension of the world should begin.  In the years leading up to the Day of YHVH (judgment) upon the people, those of the Remnant of Jacob, Jews, and Gentiles who follow these teachings and embrace the Messiah must complete the path of repentance that commences the Seventh Day, the Great Sabbath, or Millennium.

As we ponder these things in our hearts, we may find ourselves wondering, “What is this path of Repentance or correction?”  Is there a way to walk this path in a progressive ascent? Or is it a path of suffering characterized by stubbornness, unyielding hearts, and kicking and screaming?  The answer is that it can be a progressive path with stability offered by an iron rod, but we must make a conscious choice to do that which is unnatural to the natural man. Those who walk this path will connect heaven and earth in their own lives.

Just as the story of Abraham teaches us about the progression of our souls and our purpose on earth, the story of Lehi and Nephi provides us with the essential teachings of growing toward God, knowing him, fulfilling our life’s purpose and coming into his presence symbolized by the Land of Promise.  Those who ascend from this world to God and become “AT-ONE-MENT” with him must take the same path that Lehi and Nephi took.  This is why they are seen as the Fathers or Patriarchs of the Book of Mormon.

The following account gives us the deeper meaning of their amazing exodus:

And it came to pass that when he had traveled three days in the wilderness, he pitched his tent in a valley by the side of a river of water. And it came to pass that he built an altar of stones, and made an offering unto the Lord, and gave thanks unto the Lord our God…” (1 Nephi 2: 1-7) and “But behold, I have obtained a land of promise, in the which things I do rejoice; yea, and I know that the Lord will deliver my sons out of the hands of Laban, and bring them down again unto us in the wilderness.” (1 Nephi 5:5)

If we view the Book of Mormon as solely a historical account, we will find that it is really not very different from the histories of other nations.  They experienced their rises and their falls, their squabbles and their warring, their corruption and their renewals. But while related in a historical account, the science of the Fathers contained in the Book of Mormon deals with us.  It deals with the salvation and progression of each of us.  It deals with the questions of, “Who am I?”, “What am I?”, and “What is the purpose of my life?”  In doing so, God appeals to each and every person.

This is how the Hebraic writings of both the Bible and the Book of Mormon explains the entire purpose of creation. Each person being a symbolic world or entire universe. Men and women being representative of God’s creation or worlds both past, present, and future. 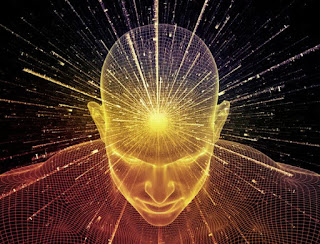 
All rights reserved. No portion of this article may be reproduced in any form without permission from the publisher, except as permitted by U.S. copyright law.
Posted by Mormon Yeshiva at 8:03 AM