Seers, Seer Stones and The Mystery of Gazelem 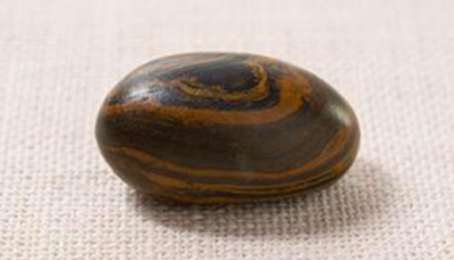 The topic of seers and seer stones is one of much debate between Mormons and Christians.  Because of ignorance, cultural, and religious bias many gentile Christians and some Mormons relegate the idea of a seer stone to the realms of witchcraft, the occult, or satanism. This bias is unfortunate because it does not take into account the tradition and presence of seers, seer stones, the Ephod (a breastplate of 12 stones) and the Urim and Thummim in Israelite History and Culture.

The idea of sacred tools and implements seems to be relegated to the "Magic World View" by many Gentiles, but to Jews they are part of the Israelite "Prophetic World View" and are assigned an exalted position. In fact in Jewish history there have been many "seers":

There are even Jewish traditions that relate that the Prophets Daniel, Ezekiel, and the 3 Hebrew Men carried stones with them from the destroyed altar in Jerusalem whereby they obtained revelations-the stone being a link between Aaronic/Levitical Priestly link to the altar in Israel and the men during their captivity in Babylon.  Whether the traditions are true or not we cannot say, but that there is precedent in Israelite history and culture should give us pause to consider that if these things existed among Israel of old then is it not possible they would also play a role in the restoration of Modern Israel?

THE EXPERIENCE OF SACRED IMPLEMENTS:

There are many in Mormonism who find themselves in a crisis of faith when they discover that Joseph Smith used a Urim and Thummim as well as a seer stone to translate The Book of Mormon.  Their modern greek mindsets explode in cognitive dissonance as they discover Joseph translated the plates through the use of a stone instead of just a mechanical character to word translation.  "Why would he even need the plates?", "Why not just give him the stones?" etc.  The western/linear gentile mind, however, is far removed from the multi-dimensional mind of the Israelite Prophetic tradition.

When people hear the word translate they often think of the mechanical translation from one language to another.  For example Stone in English is translated from Eben in Hebrew. Seems simple enough, but this form of mechanical translation comprises only one dimension of the Israelite methods of interpretation.  While there is the literal (peshat) level of interpretation there is also remez (metaphors, allegories, etc), drash (philosphical/historical teachings), and the Sod (the mysteries or things related to the upper worlds).  The Book of Mormon as an Israelite record is meant to be read and comprehended on ALL of these levels of interpretation.  There is just one problem.  While teachings and keys can be communicated regarding the lower levels of interpretation and to direct people to the Sod level of interpretation- The Sod level is meant to be experienced-thus the reason for sacred implements (rods, seer stones, ephod, urim and thummim, etc).

Many ask, "How do we know such things?"  Because in the Israelite Schools of the prophetic the practice and operations of sacred instruments such as the Ephod and the Urim and Thummim (among others) not only contained the mechanical letters as well as the physical stones and frames, but they also lifted and linked the soul to the gates of Wisdom by which revelation is delivered from Heaven and by which the soul ascends to experience the upper worlds- like Isaiah, Daniel, Ezekiel.

The resulting translation not only contains a mechanical aspect but also an interpretive dimension that requires the reader to follow in the same path of the seer to ultimately comprehend and experience The Book of Mormon and other sacred records.

The word Gazelem has been discussed and debated in many circles of Mormonism. There are those critics of The Book of Mormon who maintain that many of the words of unknown origin we either made up by Joseph Smith or copied from an unknown source document or documents.  By examining the Hebrew origins of these words we begin to discover that the Jewish Prophet writers of the Book of Mormon display an intricate knowledge and expertise in the Hebrew language, culture, scribal laws, and Israelite prophetic tradition.

There are many words which appear in The Book of Mormon which cause much speculation and debate. I have always maintained that many of the words that appear "strange" to us in the record of The Book of Mormon are actually Hebrew word constructs. The Prophet Alma records:

And now, my son, these interpreters were prepared that the word of God might be fulfilled, which he spake, saying: I will bring forth out of darkness unto light all their secret works and their abominations; and except they repent I will destroy them from off the face of the earth; and I will bring to light all their secrets and abominations, unto every nation that shall hereafter possess the land." (Alma 37:23-25)

In this passage of scripture, Alma presents the word Gazelem and then proceeds to craft his account to reveal the inner literal, metaphorical, prophetic, and SOD definitions of the word Gazelem. In order to appreciate the intricate Hebrew word picture being painted, it is necessary to examine the various parts of the word using interpretive keys of ancient Israel.

Here the concept of destroyer is not the English idea of one who comes to conquer, but word Gaz is related to the idea of a destroyer as a near kinsman avenger who comes to redeem his brethren.

Elem- young man, something kept hidden or out of sight

The word Elem constitutes the definition of a young man but also someone who is kept hidden or out of sight.

Distilled Meaning:  A Hidden Redeemer- or A Young Man who has been kept out of sight to come forth as a redeemer of his brethren.

The parent letters and roots may also give us insight into other things as well as we combine the Hebrew Letters to form additional elements of the picture:

GZL: To take off something or someone by force through cutting off

Gimel - Lamed = Something round, a pile of rocks, or stones (I will prepare unto my servant Gazelem, a stone)

Gimel - Zayin = to shear, stones that are sheered, to reveal/discover, destroyer (I will destroy them from off the face of the earth)

Zayin- Lamed= to shake/vibrate, to shake out something

In addition to concrete and abstract meanings there are also relational meanings that are derived from the numeric value of the word:

By examining the Hebrew elements of the word Gazelem we can see the picturesque language of the Book of Mormon drawing on its' Hebrew/Jewish Roots.  Gaz-elem (the Hidden or Young Redeemer)

To unfold the mystery of Gazelem we must also take a closer look at the phrase, "I will prepare unto my servant Gazelem a stone...".  Encoded into the text is a prophetic picture of this Young, Hidden Redeemer who will come to act as a deliverer to his brethren:

The Hebrew word for stone is the word Ehben (אֶבֶן) which can be broken down into its component parts (ab- Father, Ben- Son of) or a Son of the Father.  But we must also reverse the order of the letters to reveal the root Nun Beth Aleph (Navi- The root for Prophet/Prophesy).

It is interesting to note that in the original D&C 78:9 Joseph Smith was referred to by the code word Gazelem. Whether the original intent of Alma 37:23-25 was meant to refer solely to Joseph Smith is certainly a topic for further exploration, but I do find it interesting that the Hebrew word picture presented by the word picture of Gazelem consists of the following images which could easily be applied:

A Young Man who has been kept out of sight to come forth as a redeemer of his brethren who is a son of the Father and a Prophet. A stone (son of the father/prophet) who is brought forth to reveal and destroy the secret works of darkness.

**For those so interested- great resources can be found in

The Ancient Hebrew Lexicon of The Bible by Jeff Benner.

Hebrew Word Study: Beyond the Lexicon- Book by Chaim Bentorah

Posted by Mormon Yeshiva at 3:12 PM