Pathways of the Prophetic- Those Who Know and Those Who Believe 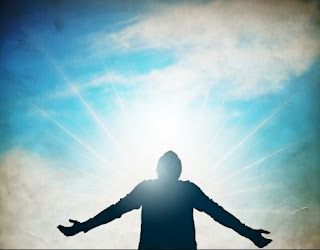 In the schools of the Prophets it was taught that there were two categories of people.  The first category is those who know from first hand experience of God and the world of the spirit.  The second category were the people who believed them but did not have direct, first hand experience of God or the world of the spirit.  The believers were the students or talmidim of those who knew such as the Messiah and the Prophets.

The difference between one who knows and one who merely believes is that the "knower" is the one who makes the effort and sacrifice to surrender themselves as a vessel to God to complete his will upon the earth.  The believer, however, are those who are still in process of becoming and learning the pathway of God and the prophetic. The main difference being the distance traversed on the path. In Israel, true Prophets were the "Knowers" while their students who did yet have first hand experience were "Believers".

This same teaching is exemplified in the Book of Mormon by the Prophet Moroni:

"And because he hath done this, my beloved brethren, have miracles ceased? Behold I say unto you, Nay; neither have angels ceased to minister unto the children of men. For behold, they are subject unto him, to minister according to the word of his command, showing themselves unto them of strong faith and a firm mind in every form of godliness.

And the office of their ministry is to call men unto repentance, and to fulfil and to do the work of the covenants of the Father, which he hath made unto the children of men, to prepare the way among the children of men, by declaring the word of Christ unto the chosen vessels of the Lord, that they may bear testimony of him. And by so doing, the Lord God prepareth the way that the residue of men may have faith in Christ, that the Holy Ghost may have place in their hearts, according to the power thereof; and after this manner bringeth to pass the Father, the covenants which he hath made unto the children of men." (Moroni 7: 29-32)

In Israelite thought the ministration of angels was a direct experience with Heaven.  Those who received their teaching would be considered the Chosen Vessels, Prophets, or "Knowers".  These Chosen Vessels or Prophets would then take those teachings from Heaven and reveal them to the residue of men or "Believers" so that they too could learn and progress along the the pathway of the Prophetic back into the presence of God.   In ancient Israel those Chosen Vessels of Prophets were compared to the Sun while the believers were compared to the Moon.  The Sun as a symbol of a source of light while the moon reflecting the light which it receives from the Sun.

This same ancient principle as taught in ancient Israel was also revealed to Joseph Smith:

"These are they whose bodies are celestial, whose glory is that of the sun, even the glory of God, the highest of all, whose glory the sun of the firmament is written of as being typical.

For these are they who are of Paul, and of Apollos, and of Cephas.

Here communicated in ancient symbolic language is a pattern of those who experience God directly and those who experience his Chosen Vessels and those who are believers who follow a specific Prophet or "knower".  The Messiah himself demonstrated this principle we he said, "I am come a light into the world, that whosoever believeth on me should not abide in darkness." (John 12:46)

The Messiah and the Prophets were considered as lights to the people.  While they were living and among the people they delivered the teachings of bonding and ascending with God and were a living example of walking the path.  Once dead, all that was left are the teachings and the believers.  If the believers have never learned to experience the direct bonding with God they are only a reflector of the light like the moon is to the sun.  After a few generations, the light grows dimmer and all that is left is the skeleton of institutional religion with performances and ordinances replacing the direct experiential knowledge of God.

As the light dimmed, institutional programs were developed in an attempt to maintain the life and charisma of the original teacher or prophet.  Without the connection with Heaven, the religious establishments of the day resorted to hyper emotionalism as well as hyper intellectualism to control the mass of believers.  While the institution continues to teach some of the original teachings of the original prophet who connected with Heaven, the crucial element of connected-ness is missing and they are unable to accomplish the original work of God.  This slow demise has been experienced by many whether it be Pharisees, Tzadokkim, Christians, etc. Those who were once called by God himself as, "The Apple of his eye" or "The righteous sons" soon became the persecutors of those who sought or displayed the direct connection with Heaven.