Pathways Of The Prophetic: The Knowledge of God 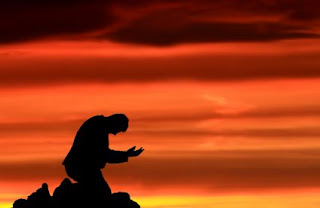 When we practice the presence of God and trust him as being active in our lives we begin to develop the sight to see the presence of God in all that we do and experience.  One of the greatest lessons taught in the ancient schools of the prophets was the lesson that each person could come to experience or "know" God for themselves.  To know God required that Heaven and Earth connect where sacred space was created.  These sacred spaces where God had placed his name were like Jacob's ladder in that at such a juncture people and angels could ascend and descend to partake of and minister light and truth.

These teachings were passed down through various traditions in the House of Israel.  One such master teacher was Rabbi Yisrael Ben Eliezer also known as the Ba'al Shem Tov or Master of the Great Name.  The Ba'al Shem Tov was the founder of the the Hasidic Movement and among his teachings was that soul thus prepared could ascend into the Seventh Heaven and stand before God face to face. He taught that this ascent or "knowing" God could be experienced by anyone willing to make the "effort and sacrifices" to do so. (Teachings of Rabi Yisrael Ben Eliezer)

This same sentiment was expressed by the Prophet Joseph Smith in his famed King Follet Discourse:

"It is the first principle of the gospel to know for a certainty the character of God, and to know that we may converse with Him as one man converses with another..."

In the Hebraic mind to know something is to experience something first hand.  This same sentiment of experiencing the knowledge of God which is equated with salvation was also expressed in the Lectures on Faith:

"5 For a man to lay down his all, his character and reputation, his honor and applause, his good name among men, his houses, his lands, his brothers and sisters, his wife and children, and even his own life also, counting all things but filth and dross for the excellency of the knowledge of Jesus Christ, requires more than mere belief, or supposition that he is doing the will of God, but actual knowledge: realizing, that when these sufferings are ended he will enter into eternal rest; and be a partaker of the glory of God.

6 For unless a person does know that he is walking according to the will of God, it would be offering an insult to the dignity of the Creator, were he to say that he would be a partaker of his glory when he should be done with the things of this life. But when he has this knowledge, and most assuredly knows that he is doing the will of God, his confidence can be equally strong that he will be a partaker of the glory of God.

7 Let us here observe, that a religion that does not require the sacrifice of all things, never has power sufficient to produce the faith necessary unto life and salvation; for from the first existence of man, the faith necessary unto the enjoyment of life and salvation never could be obtained without the sacrifice of all earthly things: it was through this sacrifice, and this only, that God has ordained that men should enjoy eternal life; and it is through the medium of the sacrifice of all earthly things, that men do actually know that they are doing the things that are well pleasing in the sight of God. When a man has offered in sacrifice all that he has, for the truth's sake, not even withholding his life, and believing before God that he has been called to make this sacrifice, because he seeks to do his will, he does know most assuredly, that God does and will accept his sacrifice and offering, and that he has not nor will not seek his face in vain. Under these circumstances, then, he can obtain the faith necessary for him to lay hold on eternal life." (Lectures on Faith, Lecture 6)

We often think of sacrifice in terms of the performance of great acts or the endurance of events of great suffering.  While sacrifices may be accompanied by great acts or events of suffering, the actual sacrifice is the willing offering or pouring out of life as symbolized in the many sacrifices performed in ancient Israel. If we accept the value of these teachings, then the foundation is laid that through an understanding that we may ALL know or experience God, and that it takes effort and sacrifice, then our labors to bond with God will not be in vain.  This bonding (devekut) with God is the gate to prophesy.  This same teaching was expressed by John in the Book of Revelation: