THE BOOK OF MORMON: THE KEY TO THE "IMMIGRATION PROBLEM" 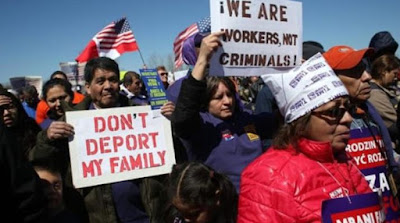 The United States of America is a land of covenant as was the land of Israel.  The Nation itself exists by virtue of a covenant and the willingness of the people to be ONE PEOPLE under that covenant.  Just as the Torah was the covenant document which united all Israel under God we too have a covenant document inspired by God that is meant to accomplish the same thing:

THE CONSTITUTION OF THE UNITED STATES. 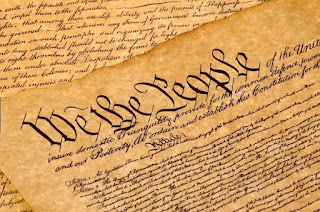 Our willingness to be ONE people under God despite our cultural and ethnic differences is what distinguishes a covenant people of God from the other nations with the goal of securing the blessings of Liberty not only to ourselves but our posterity.  Because of the designs of evil men in high places, this Liberty is in jeopardy.

So how do we "FIX" the problem?  How do we secure the borders of the American Zion while at the same time blessing our brothers and sisters who are seeking the same Liberty with which the American Zion has so generously blessed us with?  As followers of Christ and lover's of freedom of liberty would we not want the same for a brother, sister, or child who is coming to us seeking the same blessings which God designs for all men to have?

The answer to this problem may be staring us right in the face.  The Book of Mormon documents the saga of a group of immigrants who left their lands because of persecution, potential danger and warfare, and who sought the same liberty to serve God.  Led by their leader King Lamoni and the Sons of Alma (Ancient Son's of Liberty), this large group of immigrants fled to the borders of the Nephites seeking refuge from their own brothers who were trying to subjugate, enslave, and kill them.  So earnest was their desire for freedom and love for God this group was even willing to become the slaves of the Nephites so that they might also enjoy some measure of freedom under God.  But like the United States of Ameria now, the Nephites did not have a system of slavery.  Rather they followed an interesting formula that finds its foundation in the Torah:

1. THEY TAUGHT THEM THE COVENANT LAW OF THE LAND:

"And thus they might go forth and preach the word according to their desires, for the king had been converted unto the Lord, and all his household; therefore he sent his proclamation throughout the land unto his people, that the word of God might have no obstruction, but that it might go forth throughout all the land, that his people might be convinced concerning the wicked traditions of their fathers, and that they might be convinced that they were all brethren, and that they ought not to murder, nor to plunder, nor to steal, nor to commit adultery, nor to commit any manner of wickedness."  (Alma 23:3)

Teachers were sent among the immigrants to teach them history and covenant ideology.

This band of immigrants was first taught the Torah of Israel which contained the the history, laws/commandments.  Just as the Torah provides Oneness with God and with each other so too does our Constitution provide the foundation for Oneness. Those who would be part of a covenant land must be taught the terms of the covenant.  For the United States of America this covenant document is the Constitution. By aggressively educating and converting these immigrants to the history, covenant, and laws we provide them foundation for freedom both civil and religious.

At the end of our United States naturalization process, all immigrants are required to take a public oath of to the Constitution. In doing so they make an oath and covenant to publicly uphold the principles of foundation upon which this nation was established. This oath represents a kind of constitutional allegiance.  Instead of being a mass of immigrants with no shared ethnic identity, religion or culture they become law abiding citizens that uphold the ideology of  that all men are created equal, that they endowed with fixed inalienable rights such as life, liberty, and the pursuit of happiness.

2. CITIES OF DWELLING AND PROTECTION:

In the Book of Mormon, many bands of immigrants were granted cities of dwelling and military protection from their brothers who sought to harm them.  Instead of holding camps, once converted, these immigrants were given cities of dwelling wherein the law of the land was upheld (not Mexican Law, not Costa Rican Law,  Not Sharia Law, etc.) but the Constitutional law of their land.

The gift of dwelling in safety under laws designed to uphold domestic tranquility is an endowment of life. As we take the endowment of life and freedom given to us and extend it to others, the power and salvation of God is Magnified.  In this magnification we fulfill the commandment to love God and to love our neighbor as ourselves.

As a result of the Nephite naturalization process the Lamanites from the Land of Ishmael ceased to be called Lamanites but took upon themselves the name Anti-Nephi-Lehi's or in Hebrew PANIYM NEPHI LECHI.  In old english the word anti did not mean "against or opposed to" but meant opposite of as someone looking in a mirror. This same expression is captured in the Hebrew word Paniym which means countenance. In this case these immigrants took on the countenance of the founding fathers of the Nephites- Nephi and Lehi.

The Prophets Lehi and Nephi were the founding fathers of freedom in the land we now call the United States of America.  This freedom was established by their keeping the commandments/laws of God which they carried with them in the form of the Plates of Laban.  The strict preservation and observance of God's law provided them a civilized society upon which life, liberty, and the pursuit of happiness were established.  This adherence to the terms of the covenant made them a "white and delightsome" people which is a Hebrew Idiomatic expression for "civil and law abiding" people.  This covenant oath to uphold constitutional law is the pivotal difference between immigrant and invader.  Without taking upon themselves the covenant image of their founding fathers and making an oath to live in peace, these Lamanites would have been invaders instead of brothers. By filling their lands with invaders the Nephite civilization would have been short lived.  But in embracing them as covenant brothers, the sons of these people became some of the strongest defenders of liberty.  And during the times of greatest threat, these sons (known as the Son's of Helaman.) stepped forth to defend the Nephite Nation against dangers both domestic and abroad.

Perhaps instead of looking at immigrants as an US versus Them issue, we can look upon them as children of God seeking the same blessings and freedom we ourselves enjoy with the understanding that these blessings are only enjoyed and preserved upon the foundation of our Covenant before God- The Constitution.   It is in the gift of this covenant of charity that this American Zion stands a light upon a hill (a nation of light) as expressed by Emma Lazarus an American Jewish woman descended from immigrants:

Not like the brazen giant of Greek fame,
With conquering limbs astride from land to land;
Here at our sea-washed, sunset gates shall stand
A mighty woman with a torch, whose flame
Is the imprisoned lightning, and her name
Mother of Exiles. From her beacon-hand
Glows world-wide welcome; her mild eyes command
The air-bridged harbor that twin cities frame.
“Keep, ancient lands, your storied pomp!” cries she
With silent lips. “Give me your tired, your poor,
Your huddled masses yearning to breathe free,
The wretched refuse of your teeming shore.
Send these, the homeless, tempest-tossed to me,
I lift my lamp beside the golden door!”

Posted by Mormon Yeshiva at 8:40 AM