THE DAY OF THE LORD! A DIFFERENT PERSPECTIVE 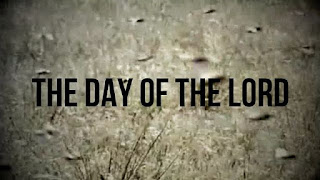 Mormonism has inherited many ideas and theological traditions from mainstream Christianity.  Among some of these ideas is the "Day of the Lord" or "The Second Coming of Christ".  These phrases are usually followed with visions and stories about the calling of 144,000 of each tribe, The Mark of the Beast, The Four Horsemen of the Apocalypse, and a 1000 year Millennium wherein the earth is transformed back into the Garden of Eden and Satan is bound in chains. Depending on our theological slant we could also add in some Doctrine and Covenants with a sprinkling of White Horse Prophecy and a few other Mormon Apocryphal visions to spice up the picture.

In Fact, the "Day of the LORD" is a subject that Mormonism has contemplated since the days of Joseph Smith:

"After telling me these things, he commenced quoting the prophecies of the Old Testament. He first quoted part of the third chapter of Malachi; and he quoted also the fourth or last chapter of the same prophecy, though with a little variation from the way it reads in our Bibles. Instead of quoting the first verse as it reads in our books, he quoted it thus:

For behold, the day cometh that shall burn as an oven, and all the proud, yea, and all that do wickedly shall burn as stubble; for they that come shall burn them, saith the Lord of Hosts, that it shall leave them neither root nor branch.

And again, he quoted the fifth verse thus: Behold, I will reveal unto you the Priesthood, by the hand of Elijah the prophet, before the coming of the great and dreadful day of the Lord.


WHAT IS THE DAY OF THE LORD?


In Hebraic thought the "Day of the Lord" is not a one time future event. The expression "Day of the Lord"  or the "Day of YHVH" is used to represents a cyclical process of judgment that has actually occurred many times.  The expression was used whenever God would overthrow and destroy a single nation at a specific time.  It is a day of darkness and judgment upon a nation when their cup of iniquity is full:

"Alas for the day! for the day of the LORD is at hand, and as a destruction from the Almighty shall it come" (Joel 1:15)

"For this is the day of the Lord GOD of hosts, a day of vengeance, that he may avenge him of his adversaries: and the sword shall devour, and it shall be satiate and made drunk with their blood: for the Lord GOD of hosts hath a sacrifice in the north country by the river Euphrates." (Jeremiah 46:10)

Other expressions that were synonymous with the "Day of the Lord" are:


THE DAY OF THE LORD HAS OCCURRED MANY TIMES TO MANY NATIONS:


EGYPT AND THE DAY OF THE LORD

Ezekiel 30:3-4, "For the day is near, even the day of the LORD is near, a cloudy day…And the sword shall come upon Egypt "

BABYLON AND THE DAY OF THE LORD

ESAU AND THE DAY OF THE LORD

"For the day of the LORD is near upon all the heathen: as thou hast done, it shall be done unto thee: thy reward shall return upon thine own head." Obadiah 1:15

CHRIST, REVELATION, AND THE DAY OF THE LORD

"Now as He sat on the Mount of Olives, the disciples came to Him privately, saying, “Tell us, when will these things be? And what will be the sign of Your coming, and of the end of the age?”

The context for Matthew 24 is the destruction of Jerusalem in A.D. 70.  In these chapters  leading up to Matthew 24 Jesus was speaking against the leaders of Israel at that time. He said the kingdom of God would be taken away from them and that not one stone would be left on another. He was not looking at modern day Jerusalem, but at Jerusalem that was destroyed in A.D.70. 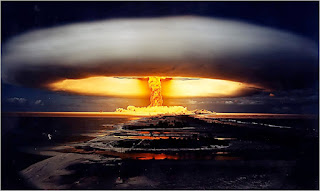 Just as the events of the Book of Revelation, Matthew 24, Daniel, Hosea, Joel, etc. refer to appointed times of judgment on the Nation of Israel  and other nations in the ancient world - i.e. events long since transpired- the Book of Mormon demonstrates this same expression and cycle among the Nephites and their Day of the Lord.

Just as the "Day of the Lord" occurred many times in the past, it will also occur again.  The "Last Days", The "Second Coming of Christ", and "The End of the Word" is a $$$ Billion Dollar $$$ industry in modern Christianity including Mormonism.  It is also the soap box upon which many false prophets, corporate prophets, and cult leaders SCARE THE HELL OUT OF THEIR FOLLOWERS to keep control of the SHEEPLE.  When understood in its proper context and definition, the gravy train actually stops and their control over the masses disappears.

It is an event that does not have to occur.  This is why God sends messengers and prophets to warn the people before their day of judgment or "THE COMING GREAT AND DREADFUL DAY OF THE LORD!"   Instead walking in the Doctrine of Christ and the Commandments of Christ which can overturn the covenant judgments, the masses of Christians and Mormons have been neutralized into complete passivity.

Think about it, what a great way to neutralize the only groups of people who have the Doctrines of Christ at their fingertips- the only Doctrines that can overturn priestcraft, unrighteous dominion, and the strong holds of the modern Gadianton Robbers- than to convince them that they have no responsibility to establish the instructions of Christ in their Families and communities because they are going to either be magically raptured out of here before the judgments occur or they don't have to worry because if they need to know or do anything then the prophet will tell them what to do.

Unfortunately the "Day of the Lord" or "Last Days" will occur not because it is a predetermined event, but because wickedness overtook the people, they departed from the right way, and they knew not the God in whom they should trust.

"But, behold, in the last days, or in the days of the Gentiles—yea, behold all the nations of the Gentiles and also the Jews, both those who shall come upon this land and those who shall be upon other lands, yea, even upon all the lands of the earth, behold, they will be drunken with iniquity and all manner of abominations—And when that day shall come they shall be visited of the Lord of Hosts, with thunder and with earthquake, and with a great noise, and with storm, and with tempest, and with the flame of devouring fire." (2 Nephi 27:1-2)

For those in America the "last days"  are equated with the days of the Gentiles.  Specifically those Gentiles and Jews who reside in this land who are drunken with lawlessness and all manner of abominations. Our Day of the Lord in the United States will see an outpouring of judgment and destruction upon the United States of America as a Nation and upon our Modern New Jerusalem (Washington DC).  It often comes as a shock to many when I equate Washington DC with a "New Jersulaem", but that is what it was designed to be.  From an Israelite mindset Zion or a New Jerusalem is a land or city where the Law of God goes forth and where freedom, liberty, justice, and mercy are preserved. Just as there have been many Days of the Lord there have also been many "New Jerusalem(s)" throughout history.  We are not the first and we will not be the last. And Like ancient Jerusalem the New Jerusalem established by the Gentiles is full of lawlessness and abominations.

The record of the Nephites gives us an account of their Day of Visitation or Day of the Lord.  It is a voice of warning to that generation that would receive this record. Just as the Prophet Mormon warned:

"And now, I speak also concerning those who do not believe in Christ.  Behold, will ye believe in the day of your visitation—behold, when the Lord shall come, yea, even that great day when the earth shall be rolled together as a scroll, and the elements shall melt with fervent heat, yea, in that great day when ye shall be brought to stand before the Lamb of God—then will ye say that there is no God?" (Mormon 9:2)

WHAT ABOUT THE BOOK OF REVELATION?

Shortly does not mean 2000 years later.  It has specific reference to those people - specifically the Jews and the Followers of Christ- of that time.  This fact is reiterated at the end of the record as well:

"And he said unto me, These sayings are faithful and true: and the Lord God of the holy prophets sent his angel to shew unto his servants the things which must shortly be done. Behold, I come quickly: blessed is he that keepeth the sayings of the prophecy of this book." (Revelation 22:6-7)

Again "the things which SHORTLY be done" is not 2000 years later, but was a literal prophecy of events comprising the Jewish wars with Rome leading up to and after the destruction of the temple in 70 AD.  The LITERAL events have come and long since gone.  This is why so many prophecies of people using the Book of Revelation to try and put prophetic labels on people (i.e. 666 is Barack O'bama, The Beast is the European Union, The Blood Moons are coming to get you!!!) fall flat on their face.  They are in all reality selling you an empty product with no fulfillment. (Which is why every few years they put out all the same Last Days Prophecy Books and just change the names to match the new times-- all for just $19.95!)

Another way of expressing this idea is that while the names and places change, the basic story remains the same.  This is often confusing to people because immediately questions come such as what about the 4 Horsemen of the Apocalypse?  What about the 144,000 High Priests?  What about The Mark of the Beast?  etc etc.  Without understanding Israelite culture and temple worship, we give incorrect definitions to cultural and linguistic expressions that are completely foreign to the culture it was originally given in.  In other words they are expressions that Christian Jews of that time (and yes the original Christians were predominately Jews) would understand and know how to apply to events in that culture. It would be like going to China and saying, "It's raining cats and dogs!".  Is it literally raining cats and dogs?  No, it is an expression that it is really pouring down rain outside-- but would someone from China understand your expression?

It is just the same with the Book of Revelation.  It is a book of symbols meant to reveal and conceal a message of prophetic warning of the Coming of Christ to those people.  With this Hebraic perspective, it changes how we look at subjects such as "The Millenium" and other traditional doctrines that we have received but whose concept has been completely removed from it's cultural context.  Will a " Day of the Lord" occur?  Oh Yes!  Will there be a Millenium? Oh Yes! But we may have to change our cultural and traditional definitions of what those things really are.

We are definitely on track for judgment upon this nation that will affect the whole world, but for those who wake up the morning after the "Day of Lord" comes upon America how will we then live if we don't know and walk in THE WAY laid out before!  The Gospel of Christ and the Revelation of Christ contained in the scriptures are not basic instructions for doomsday and the end of the world where people head for the hills and hide in the caves.  They are instructions for establishing light and truth to walk in the grace and presence of Christ.

Posted by Mormon Yeshiva at 7:46 PM No comments: