JOSEPH SMITH AND THE MYSTERY OF THE AHMAN 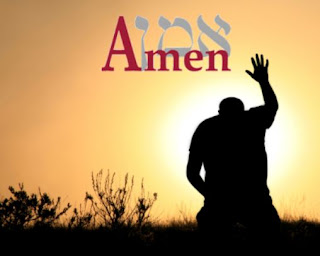 In many of my articles you will notice that I often refer to the four letter name of God using the English letters YHVH (Yod Hey Vav Hey). It is often referred to as Adonai, Ha Shem, The Name, the Tetragramaton, etc.  The pronunciation of the name is greatly debated with varying camps usually taking sides along various phonetic pronunciations  such as YeHoVah, Yahuah, YahWeh, Yahveh, Yahu He, etc.  The four letter name of God carries with it the numerical equivalent of 26 (in Hebrew the letters of the alephbet also have numeric values which are part of an ancient system of teaching).

With the coming forth of the Book of Mormon and other revelations, a revelation was penned by the Prophet Joseph Smith around March 20, 1832 called Sample of Pure Language as cited below:

A Sample of pure Language
given by Joseph the Seer as copied by Br Johnson1
Question What is the name of God in pure Language
Answer Awmen.2
Q The meaning of the pure word A[w]men
A It is the being which made all things in all its parts.
Q What is the name of the Son of God.
A The Son3 Awmen.
Q What is the Son Awmen.
A It is the greatest of all the parts of Awmen which is the Godhead the first born.
Q What is is man.
A This signifies Sons Awmen. the human family the children of men the greatest parts of Awmen Sons the Son Awmen
Q What are Angels called in pure language.
A Awmen Angls-men
Q What are the meaning of these words.
A Awmen’s Ser◊◊◊ts Ministerring servants Sanctified who are sent forth from heaven to minister for or to Sons Awmen the greatest part of Awmen Son. Sons Awmen Son Awmen Awmen

Here the name of God as revealed by Joseph Smith in the "pure language" is Awmen or as later penned by Orson Pratt- Ahman.  We can see its' usage in D&C 95:17 as follows:

"And let the higher part of the inner court be dedicated unto me for the school of mine apostles, saith Son Ahman..."

To many modern Christians the usage of the name Ahman/Amen is foreign. At first glance, to the Western Gentile mind the names YHVH and Ahman appear to have no connection. The usage of the name Ahman (Awman) as found in many revelations and varying talks among early Church History has led many to question the veracity of the the revelation even to the extreme of some saying that Ahman is another God altogether.  I have received many questions asking how then can we reconcile this revelation regarding "Ahman" and the Hebrew Name of God YHVH.

First reference to the great Ahman (Awman) or Amen is not unique to the restoration.  John in the Book of Revelation makes reference to this name as well:

"And unto the angel of the church of the Laodiceans write; These things saith the Amen, the faithful and true witness, the beginning of the creation of God" (Revelations 3:14)

In fact we see this ancient tradition of using the word Amen in many places in scripture as well as in the closings of prayers both ancient and modern.  While many have translated the name as a statement meaning "So be it" or "let it be done" there is actually a hidden mystery that goes much deeper.

In Hebrew the word Amen sometimes pronounced Ahmain in some Jewish sects is written in Hebrew as follows: 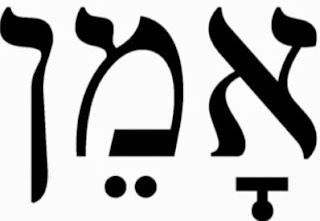 Here we see the word Amen constructed by the letters Aleph, Mem, and Nun.  The word itself carries the numerical equivalent of the number 91 (Remember this for later)!!!

Sometimes, however, some of the greatest of mysteries are hidden in plain sight with the intent to both reveal and conceal.  It is true that the name of God as revealed to Moses and used in the scriptures is YHVH. The name is considered so sacred that according to some it was not meant to be spoken aloud.  Instead the Hebrew word Adonai (meaning Lord) was often used in its place.  We see this carryover in the translation process as demonstrated below:

"Trust ye in the LORD for ever: for in the LORD JEHOVAH is everlasting strength:' (Isaiah 26:4)

The word Adonai as written in Hebrew as follows: 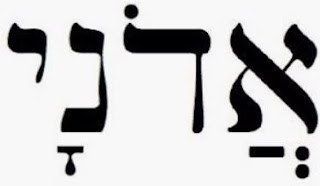 Adonai (or LORD) carries the numerical equivalent of the number 65.

The Hebrew language often reveals and conceals many mysteries both the Hebrew Letters and the numeric value of the letters:

How's that for spiritual algebra!

The secret of the Amen/Ahman being a combination of the names of God in Hebrew. With Jesus Christ being referred to as the Son of God or Son of YHVH etc. then the usage of the term Son Ahman or Son of YHVH Adonai is a correct name or title?

There is a great mystery concealed in the names of God- YHVH, Adonai, and Amen.  In examining the underlying Hebrew we see an ancient connection and equivalence with the name YHVH and the Name Amen/Ahman:

"For I am the LORD (YHVH), I change not; therefore ye sons of Jacob are not consumed." (Malachi 3:6)
Posted by Mormon Yeshiva at 6:32 PM No comments: 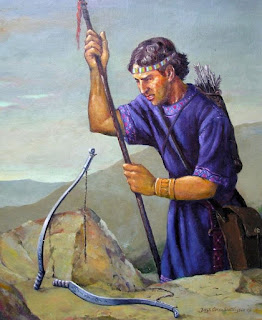 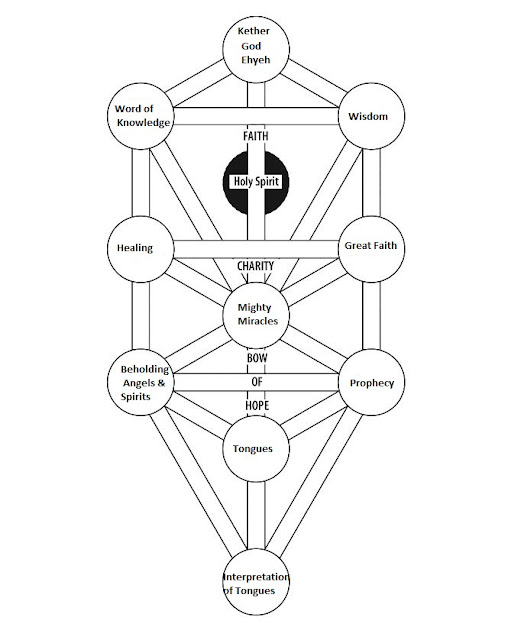 Posted by Mormon Yeshiva at 8:18 AM No comments: