The Secret Teachings of Mosiah


At first glance, Mosiah 7 and 8 detail the account of King Mosiah sending 16 strong men including Ammon down to the land of Lehi- Nephi to ascertain what became of the people of Zeniff.  During this account Ammon who is described as a strong and mighty man and three others after wandering in the wilderness for forty days find their way to the land of Shilom.  There, they are taken captive and brought before King Limhi the Son of King Noah who then recounts their captivity and the discovery of the twenty-four gold plates that contain the record of Ether and the Jaredites. But is there something more to the story that we might be missing?
Posted by Mormon Yeshiva at 2:08 PM No comments:

THE HIDDEN PROPHECY OF THE JAREDITES 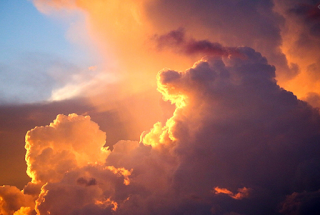 Every family has family secrets.  It is no different with the Jaredites and Israelites.  In Hebrew, names mean things and sometimes names tell stories.  We see this displayed in the names of the names of the patriarchs from Adam to Noah:

Kenan – out of sorrow

Mahalaleel – The praise or glory of God

Jared – Who comes down/ descends

Methuselah – A fruitful branch – a branch with fruit or children

We also see this same narrative device in the names of the post flood Patriarchs recorded around the account of the Tower of Babel:

Arphaxad – Shall fade away or run dry

Cainan – out of sorrow

Eber – running beyond the bounds

Reu – A shepherd/ A watcher

Serug – branches out/ shoots forth

Unlike the descending pattern of the names of the Patriarchs, the lineage of the Jaredites is presented in an ascending pattern which foretells a future prophecy.  If we were to read from Jared descending to Ether, we are given a pattern of a people descending and following a linear progression to the fulfillment of the Jaredite story ending with their destruction and the land being given to another people (the Nephites, Mulekites, etc) and their numbers multiplying.

4. ETHEM = In the edge of the wilderness/ boundary of the sea. The name contains the aleph and tav         which is the beginning and end; a great cycle.

7. COM – to rise up as in a rising hill or mountain

8. CORIANTUM – joining together of two people to become one

9. AMNIGADDAH – (wailing of large group of people) (invaded or attacked)

13. LIB = Heart, Flame, the consciousness of man coming deep as from the heart. Numeric Value 32 – Paths of the heart = to make pure, concealed – hidden path

14. KISH- stalks harvested from the field, what is left after stalk or grain has been removed

15. COROM= gathering of people by covenant or arrangement

16. LEVI = crowned and joined together

19. RIPLAKISH – a large gathering of people shall go

20. SHEZ = a star, splendor, glory – destroyer of the enemy – builder of a righteous kingdom

22. COM- to rise up as in a rising hill or mountain

26. SHULE = like a train or hem or flowing skirt of a robe/garment of the high priest

27. KIB = a tenth part or assembly shall take hold

If we read in an ascending progression from Ether to Jared then the genealogy reveals the following prophetic pattern:

Another people will come forth, coming out of judgment as part of the great cycle of righteousness. As brethren, the first fruits of that people coming forth and joining together with another people through a light bringing, luminous person, or work that shall change the hearts of the people resulting in a harvest. They shall be an object of fear. A nation, made pure will cause a remnant to be gathered out by covenant where they shall come together as a nation, crowned together, and loved of God. Who shall build a righteous kingdom and shall be considered terrible by the nations because of their glory. A tithe or tenth part that shall come forth the like the train of the high priest’s robe. The Light of Yah, The Lion- who shall come down.

Posted by Mormon Yeshiva at 3:31 PM No comments: