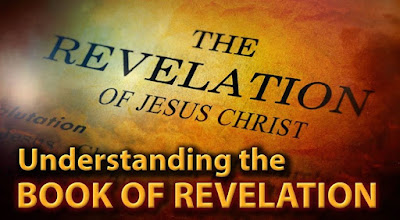 In the year 999 it is recorded that Saint Peter's basilica in Rome was packed with people who were crying and paralyzed by fear believing that The End Of The World was near. It had been a millennia since the first advent of the Messiah and now 1000 years later the Apocalyptic Events of John's Revelation were upon them.  To their surprise, they miraculously survived the night and a new millennium commenced.  There were no appearances of seven headed beasts, no forced marks placed in their hands and foreheads, and Christ did not return to usher in a millennium of peace and leaping through Edenic lily fields.

Over the past 2000 odd years, there have been many "Last Days" prophets, teachers, and soothsayers who rise up to warn the people that, "The End Is Near! Christ Is Coming Back! Your Unbelieving Asses Are About To Be Roasted!" Attending these voices are the throngs of fearful people, waiting in fervent expectation that the horrific events artfully described in the Book of Revelation are upon them.  Strangely enough in the year 2019, not much has changed, except that now we have new actors on the world stage who are being declared The Beast, The anti-christ, Gog and Magog, etc.

The selling and marketing of the Book of Revelation or what is commonly called The Last Days is literally a multi-billion dollar industry with books, movies, and churches springing up everywhere to capitalize on the frenzy.  But what if I told you that an Israelite would not interpret the Message of the Book of Revelation in the same way as a gentile/modern/ western/ American/ Greek based person or culture?

Revelation- Not Specifically For Our Day

Despite two thousand years of interpretation, mis-interpretation, cultural obscurity, and outright twisting, the Book of Revelation still stands as a prophetic enigma to the Gentile Mind.  To an Israelite reader, the Book was written by a Jew to a believing Jewish audience after the manner of the Jews and meant to be interpreted in the context of a Jewish Culture.  The specific message and symbolism has no immediate application or message to a Gentile Culture who speaks English 2000 years or 5000 miles from the date and place of delivery.  This does not mean that the Book of Revelation has no meaning for us, but that its' message was meant to be interpreted using the culture, language, and local atmosphere of the Jews to whom the message was delivered.

The author of Revelation was  a Jew:

John (Yochanan) the Revelator was a Jew.  He was one of the original disciples of Messiah Yeshuah. As such, his locale and cultural context was that of the Jews in the Roman ruled world of the Mediterranean between 30 to 70 AD. In point of fact, almost all the original disciples and followers of Messiah would have been Jews or of Jewish connection or descent. They would be very familiar with the history and writings of the Jews.

The Revelation That Shortly Came to Pass:

The opening of the Book of Revelation is clear that the events they are being warned about would occur in the generation in which it was given:

In the very first verse of the Book of Revelation, the author clearly communicates that these things must shortly come to pass. That which "must shortly come to pass" written by John in his lifetime does not mean 2000 years later.  In fact the Greek word for "shortly" (en tachei) refers to temporal proximity--i.e. the events were very close to happening at that time.  John goes on to reiterate in verse 3 of Revelation:

"Blessed is he who reads and those who hear the words of this prophecy, and keep those things which are written in it; for the time is near." (Revelation 1:3)

The word near (engus) expresses that the events being related in this book are near or close in time to actually happening.  In other words, the message of the Book of Revelation is speaking to the authors immediate audience about impending events that "must shortly come to pass".

"And he said unto me, These sayings are faithful and true: and the Lord God of the holy prophets sent his angel to shew unto his servants the things which must shortly be done." (Revelation 22:6)

"And he saith unto me, Seal not the sayings of the prophecy of this book: for the time is at hand." (Revelation 22:10)

In both opening and closing statements, the message being communicated by the Apostle John to his followers is that the events he is warning them about are impending for the various churches/assemblies that he is addressing--not 2000 years later.

The Manner Of The Jews

What a minute?  You mean to tell me that the Four Horsemen of the Apocalypse, the mark of the beast, the Battle of Armageddon, and a ginormous star called Wormwood that destroys pretty much of a third of all life on earth-- all of this already happened and was fulfilled in Johns' time and with the destruction of the Jewish Temple and Jerusalem about 70 AD?

To understand these ancient symbols requires a knowledge of Jewish Culture, The Temple, and Jewish History. That being said, however, it does not mean that the Book of Revelation carries no prophetic meaning for us.  What it should tell us is that John recorded this message after the manner of the Jews to not only communicate a warning to all the believers in his day of impending events, but is also concealing a greater prophetic message for Israel in the future. To unlock the message of the Book of Revelation means we must learn what these poetic and picturesque symbols would mean to the Jews in that culture at the time when these events took place.  Upon learning what the symbols meant to them in their time, we can then, by understanding the cyclical nature of Israelite Prophecy, understand how to apply the meaning of those symbols in our current situation.

Posted by Mormon Yeshiva at 1:16 PM No comments: