Nephi's "Allegory of the Cave" - A Place of Correction 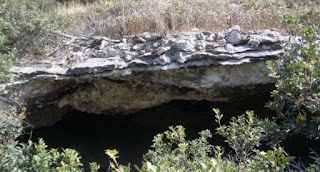 And it came to pass as they smote us with a rod, behold, an angel of the Lord came and stood before them, and he spake unto them, saying: Why do ye smite your younger brother with a rod? Know ye not that the Lord hath chosen him to be a ruler over you, and this because of your iniquities? Behold ye shall go up to Jerusalem again, and the Lord will deliver Laban into your hands. And after the angel had spoken unto us, he departed.  And after the angel had departed, Laman and Lemuel again began to murmur, saying: How is it possible that the Lord will deliver Laban into our hands? Behold, he is a mighty man, and he can command fifty, yea, even he can slay fifty; then why not us?” (1 Nephi 3:27-31)

The servants of Laban represent those influences, forces, individuals, groups, and powers that seek to prevent the seeker from obtaining the Record of Heaven. Unable to overcome these influences, Nephi and his brothers hide themselves in the cavity of a rock.  The cavity of a rock is a cave and the place of the cave in ancient Israel is called the place of correction. It is the place where the light of understanding and this world merge to change Nephi and potentially his brothers into vessels upon whom God can bestow.  In this place of correction, the carnal man (the inclination of receiving to covet, etc.) is corrected. The cave is also a place of death where the natural inclinations of the carnal man are buried and the rebirth of the spiritual man can occur.

As Laman and Lemuel are angry with their Father and their younger brothers who represent the maturing child of God, a life and death struggle emerges.  It is a struggle between the carnal and the spiritual that resides in each of us.  Their smiting their younger brothers with a rod represents the attempt of the carnal man to subdue or even kill the spiritual man or woman that is emerging through sheer force of will.

This incident at the cave or cavity of a rock is reminiscent of another prophet and cave of correction. In 1 Kings 19 we see the epic of Elijah after he fled from before King Ahav and Jezebel seeking comfort and safety in case.  Just as the angel of the Lord appeared to Nephi and his brothers so too did an angel of the Lord appear to Elijah to offer instruction and correction as he resided in the cave.  In this place the efforts and instruments of the carnal man are left behind and the submissive will of the child of God (of whom Nephi is a type) emerges.   Even after the intervention of God’s angel that represents the wisdom and understanding of God, Laman and Lemuel as the carnal man cannot grasp the correction.  They are overcome by their adversary Laban as a mighty one who can slay them in their attempts to obtain the record.  Here the angel of the Lord explains that Nephi has been chosen to ascend because of his submission and obedience to God as indicated by the phrase, “the Lord hath chosen him to be a ruler over you”.  While Laman and Lemuel as a symbol of the natural man cannot because of their self-will and lawlessness (iniquity).

Posted by Mormon Yeshiva at 7:05 AM No comments: 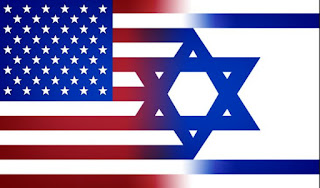 "And many nations shall come, and say, Come, and let us go up to the mountain of the LORD, and to the house of the God of Jacob; and he will teach us of his ways, and we will walk in his paths: for the law shall go forth of Zion, and the word of the LORD from Jerusalem." Micah 4:2

Over the years I have heard many erroneous descriptions of Zion. My favorite is that it is a place where the streets are paved with Gold, Houses grow up out of the ground at priesthood command, and food appears on trees as you need it. Rather than Zion some of these descriptions sound more like the Magical World of Harry Potter rather than the City of God.

To "dis-spell" some of the fantasies which have arisen, I believe it would surprise many to learn that "Zion" is really a place where the rule of God's Law is upheld and administered. The reason for this is that God's law produces life and liberty. Jerusalem or the New Jerusalem was the governing city wherein God's Word was delivered and the rule of law was upheld. The reason for this is that the CONDITION of Zion is to create a navel or focal point where Heaven and Earth Connect like a life line or umbilical cord between this world and the Worlds Above. In establishing conditions of law, a land of freedom and opportunity is established. Once established Men are then placed in a position to ascend upward to God or do descend into lawlessness or destruction based on their own agency.

The Israelite Concept of Zion and a New Jerusalem is literally a place that could be summed up as a place of unity thus: "I Pledge Allegiance ......One Nation, Under God, Indivisible, With Liberty and Justice for ALL!"

Yes! The United States of America was designed to be a Zion and Washington DC was designed to be a New Jerusalem (more literally than some even believe), but our Zion is falling into lawlessness and our Capital is the epitome of Sodom and Gomorrah. As such, The Day of the Lord is coming Upon the United States of America and judgments upon us are increasing in intensity. These judgments are designed to accomplish 2 things: 1. Bring the people to a return to God and his laws that establish their Freedom, 2. Continue in Intensity until the Government and people are destroyed.

Is it any wonder that the Book of Mormon goes to great lengths to repeat over and over again the covenant promise that, "if you keep the commandments you shall prosper in the land"? What Commandments? The Torah--The Ten Commandments, etc? These were the commandments given to the Nephites that preserved them. These commandments are the same commandments given to the United States of America and which sit engraven in stone in our Nations Capital. Notice that it is also these commandments that our adversaries seek to remove from all our public buildings, schools, etc. As a result of their victories in removing the commandments from our hearts, minds, and actions our children now do not know the God in whom they should trust! The prosperity of America is being removed and as such our children mourn for the loss of their prosperity rather than mourning for turning from the God of Israel and his commandments.-- The sorrowing of the Damned as described in the Book of Mormon.

As a result the Day of the Lord (a Hebraic Expression of the Day of Judgment) is coming upon us- The United States of America. The Day of the Lord has occurred once in this land and just prior to it the Lord sent Joseph Smith and the Covenant message of the Book of Mormon to not only warn the people but to lay the foundation for Zion and a New Jerusalem in Jackson County, Missouri. By the time of Joseph Smith, the Government had already experienced its first waves of corruption and lawlessness in the land. The result of not heeding the voice of warning was the Civil War-- a Day of the Lord.

God in his mercy and in keeping his covenant promises to the Fathers of the Book of Mormon to establish this land as a land of freedom used this Day of Judgment to commence a course correction to establish a condition where Life, Liberty, and the pursuit of Happiness could once again be established under his commandments. Like Ancient Israel, the result is that we have gone off track again.
Now in our present era we are once again approaching the Day of the Lord for our Nation. But there is a way to overturn the covenant curses coming upon the land. We must obtain the covenant blessings. To obtain the covenant blessings we must once again return to God, His Covenant, and uphold his commandments as the basis for our rule of law. These actions on an individual and collective basis create the condition of Zion- and an opportunity to once again establish a New Jerusalem. By doing this we once again create the sacred space where Heaven and earth connect and the presence of God is restored to the land.

So perhaps rather than viewing Zion as the Magical world of Harry Potter, we can commence our return by seeing it in the same light as our founding fathers did when they established this nation. They saw their lives as a covenant responsibility where WE , " Hold these truths to be self evident, that all men are created equal, that they are endowed by their created with certain (fixed) unalienable rights that among these are life, liberty, and the pursuit of happiness."

Posted by Mormon Yeshiva at 10:18 AM No comments: