Where Are We at America?

Sometimes the words of the scriptures scream so loud that we just cannot deny their truthfulness:

11 For there were many merchants in the land, and also many lawyers, and many officers.

13 Some were lifted up in pride, and others were exceedingly humble; some did return railing for railing, while others would receive railing and persecution and all manner of afflictions, and would not turn and revile again, but were humble and penitent before God.

14 And thus there became a great inequality in all the land, insomuch that the church began to be broken up; yea, insomuch that in the thirtieth year the church was broken up in all the land save it were among a few of the Lamanites who were converted unto the true faith; and they would not depart from it, for they were firm, and steadfast, and immovable, willing with all diligence to keep the commandments of the Lord.

15 Now the cause of this iniquity of the people was this—Satan had great power, unto the stirring up of the people to do all manner of iniquity, and to the puffing them up with pride, tempting them to seek for power, and authority, and riches, and the vain things of the world.

16 And thus Satan did lead away the hearts of the people to do all manner of iniquity; therefore they had enjoyed peace but a few years.

18 Now they did not sin ignorantly, for they knew the will of God concerning them, for it had been taught unto them; therefore they did wilfully rebel against God.

19 And now it was in the days of Lachoneus, the son of Lachoneus, for Lachoneus did fill the seat of his father and did govern the people that year.

20 And there began to be men inspired from heaven and sent forth, standing among the people in all the land, preaching and testifying boldly of the sins and iniquities of the people, and testifying unto them concerning the redemption which the Lord would make for his people, or in other words, the resurrection of Christ; and they did testify boldly of his death and sufferings.

22 Now there was no lawyer nor judge nor high priest that could have power to condemn any one to death save their condemnation was signed by the governor of the land.

23 Now there were many of those who testified of the things pertaining to Christ who testified boldly, who were taken and put to death secretly by the judges, that the knowledge of their death came not unto the governor of the land until after their death.

24 Now behold, this was contrary to the laws of the land, that any man should be put to death except they had power from the governor of the land—

25 Therefore a complaint came up unto the land of Zarahemla, to the governor of the land, against these judges who had condemned the prophets of the Lord unto death, not according to the law.

26 Now it came to pass that they were taken and brought up before the judge, to be judged of the crime which they had done, according to the law which had been given by the people.

27 Now it came to pass that those judges had many friends and kindreds; and the remainder, yea, even almost all the lawyers and the high priests, did gather themselves together, and unite with the kindreds of those judges who were to be tried according to the law.

28 And they did enter into a covenant one with another, yea, even into that covenant which was given by them of old, which covenant was given and administered by the devil, to combine against all righteousness.

29 Therefore they did combine against the people of the Lord, and enter into a covenant to destroy them, and to deliver those who were guilty of murder from the grasp of justice, which was about to be administered according to the law.

30 And they did set at defiance the law and the rights of their country; and they did covenant one with another to destroy the governor, and to establish a king over the land, that the land should no more be at liberty but should be subject unto kings.

1 Now behold, I will show unto you that they did not establish a king over the land; but in this same year, yea, the thirtieth year, they did destroy upon the judgment-seat, yea, did murder the chief judge of the land.

2 And the people were divided one against another; and they did separate one from another into tribes, every man according to his family and his kindred and friends; and thus they did destroy the government of the land.

3 And every tribe did appoint a chief or a leader over them; and thus they became tribes and leaders of tribes.

4 Now behold, there was no man among them save he had much family and many kindreds and friends; therefore their tribes became exceedingly great.

5 Now all this was done, and there were no wars as yet among them; and all this iniquity had come upon the people because they did yield themselves unto the power of Satan.

6 And the regulations of the government were destroyed, because of the secret combination of the friends and kindreds of those who murdered the prophets.

7 And they did cause a great contention in the land, insomuch that the more righteous part of the people had nearly all become wicked; yea, there were but few righteous men among them.


8 And thus six years had not passed away since the more part of the people had turned from their righteousness, like the dog to his vomit, or like the sow to her wallowing in the mire.

Then today I noticed the following today: 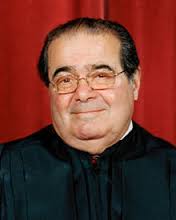 We are at a critical juncture in the United States of America which may soon become the Divided States of America.  Let us not willfully rebel against the God of this Land but let us return and in repentance tear our garments in remembrance.  The Heavens are open and Jesus Christ is the God of this land.  Let us engage in the sorrowing of repentance and return to Him rather than finding destruction in the sorrowing of the damned. 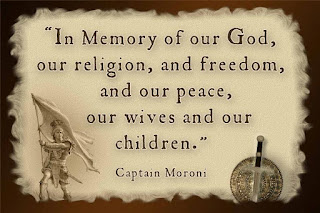 Posted by Mormon Yeshiva at 4:59 PM