MORMONISM AND THE MYSTERY OF THE HONEY BEE 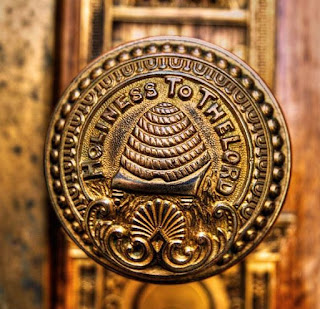 "Behold, doth he cry unto any, saying: Depart from me? Behold, I say unto you, Nay; but he saith: Come unto me all ye bends of the earth, buy milk and honey, without money and without price." (2 Nephi 26:25)

In Israelite thought the symbol of honey, the honey bee, and the honey comb referred to the secret and concealed teachings of the Torah (The Knowledge of The Fathers) as passed down from the beginning of time, even Adam. 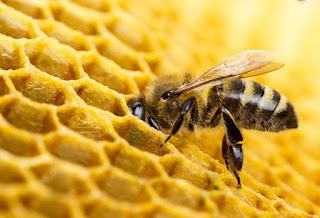 With this understanding, the Book of Mormon reveals something in symbol form meant to both reveal and conceal.  When the Prophet Nephi and his family came to the land of Bountiful in preparation for their ascent to the Land of Promise they found the land to be filled with wild honey and took this honey in abundance for their journey across the many waters:

"And it came to pass that on the morrow, after we had prepared all things, much fruits and meat from the wilderness, and honey in abundance, and provisions according to that which the Lord had commanded us, we did go down into the ship, with all our loading and our seeds, and whatsoever thing we had brought with us, every one according to his age; wherefore, we did all go down into the ship, with our wives and our children." (1 Nephi 18:6)

Not only did Nephi take with them physical honey in abundance but also the secret and most ancient teachings of The Fathers.  The mention of these various species of animals, plants, seeds, etc. is an allusion to draw the mind of the reader to the symbolism of the Feast of Sukkot wherein Israel dwells in Tents/booths and adorns their booths with the four species. This knowledge of The Fathers is essential in being able to cross the great deep of the waters which separate us from the spiritual Land of Promise and the Throne Room of God.  Without these ancient and sublime teachings of God's words, we cannot ascend into this eternal Land of Promise.

This same teaching was also expressed by the Prophet Isaiah. The Prophet Nephi draws upon the words of Isaiah to communicate many great and marvelous truths of the Knowledge of The Fathers:

"Therefore, the Lord himself shall give you a sign—Behold, a virgin shall conceive, and shall bear a son, and shall call his name Immanuel. Butter and honey shall he eat, that he may know to refuse the evil and to choose the good." (2 Nephi 17:14-15)

Here the prophet Isaiah is using the concept of "what has been shall be" or draw upon the events of his time to communicate a Messianic prophecy that the Messiah shall be fed upon the ancient teachings of The Fathers that he may know to refuse the evil and choose the good.

THE JAREDITES AND THE HONEY BEE


"And they did also carry with them deseret, which, by interpretation, is a honey bee; and thus they did carry with them swarms of bees, and all manner of that which was upon the face of the land, seeds of every kind.

Like the Nephites, the Jaredites also took with them the honey bee, swarms of bees, and seeds of every kind.  Here they symbol of the honey bee is employed not just as a literal honey bee but also a symbol that they also had the secret and ancient Knowledge of the Fathers. The mention of these bees and the honey they provide is also mentioned just prior to the Jaredites building of their barges to cross the great deep to reach the Land of Promise.

MORMONS AND THE HONEY BEE


With this understanding of the symbol of honey, the bee, and the hive rather than just being a sign of industriousness the more sublime meaning is that Mormonism was meant to be a hive or place of preservation and perpetuation of the Ancient Knowledge and Science of The Fathers that leads mankind from their wanderings in the Wilderness to ascend to The Land of Promise and Throne of God. If we think for a moment on the importance of honey bees and their important role in the preservation of life as they gather pollen and seed the many different plants that provide both beauty and nourishment, then it is no wonder that God also uses this symbol to demonstrate the beauty and nourishment that the Knowledge of The Fathers brings to us and this world in preserving and perpetuating life.