Kosher Angels and Boiling a Kid in it's Mother's Milk 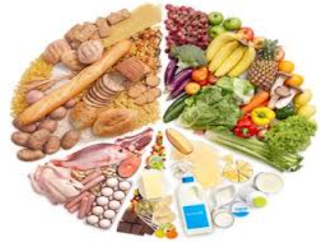 “You shall not eat anything that dies of itself; you may give it to the alien who is within your gates, that he may eat it, or you may sell it to a foreigner; for you are a holy people to the LORD your God. You shall not boil a young goat in its mother’s milk.

The  word "kosher" in Hebrew means "fit" or "appropriate for" as it would apply in regard to food it would relate to something that is fit to be eaten as food for man.  Many people look at these laws and they read the English translation of the Old Testament and they see this list of do(s) and don't(s) for eating food that if they break God will smite them and they are sinning. Nothing is further from the truth.

Biblical Kosher could be characterized as teachings regarding what foods are fit to be eaten as food for man to make us healthy, strong, and fit vessels for the spirit of God to accomplish our missions through. Rabbinic Kashrut enactments (man made interpretations and rituals) are something all together different.

There is often a great misunderstanding in the minds of many Mormons and Christians regarding the phrase "Law of Moses".  In fact, just the other day a friend of mine sent me an email with a message citing an article wherein the author quotes Rabbi Dovid Heber as follows:

“MEAT AND DAIRY-A KOSHER CONSUMER’S HANDBOOK”: “Kosher homes typically have two sets cookeware, dishes, and cutlery – one for meat and one for dairy. This is because it is Biblically prohibited to eat something that contains both milk and meat that were cooked together. Because of this concern, the Rabbis decreed that one who wants to eat a dairy product must wait six hours after eating meat.”

At first glance, these types of enactments often appear non-sensical, "Are you kidding me? So God says it's forbidden to eat cheeseburgers, pizza, etc. etc". I have to have two sets of dishes?  I have to wait six hours after eating meat to eat dairy?

The short answer is NO!  Many Mormons and Christians who read these types of material use this type of material to dismiss the role of the Torah (Five Books of Moses) and the relevance of the Old Testament.  In fact some go to great lengths to demean these records so that they themselves are not accountable to any real standard of Law such as the 10 Commandments etc. They often cite sources that they have not ever really read all the way by citing sound bites from documents such as the Shulchan Aruch YD and the Gemara Chulin to support their position.

THERE IS ONLY ONE PROBLEM- THERE IS NO PROHIBITION IN THE TORAH OF MOSES REGARDING THE EATING OF MILK AND MEAT TOGETHER! But wait you say doesn't Moses say the following:

"You shall not eat anything that dies of itself; you may give it to the alien who is within your gates, that he may eat it, or you may sell it to a foreigner; for you are a holy people to the LORD your God. You shall not boil a young goat in its mother’s milk." (Deuteronomy 14:21)

Yes it does and it means just that, "Do not boil a young goat in its mother's milk".  It says nothing about eating milk and meat together-Nothing about cheeseburgers-nothing about needing 2 sets of dishes.  In fact you will find these later pharisaic and rabbinic enactments NO WHERE in the Old Testament (Tanakh).

But context is everything.  The idea of not boiling a young goat in its mother's milk is found earlier in the Torah in connection with a concept of First Fruits:

"The first of the firstfruits of thy land thou shalt bring into the house of the LORD thy God. Thou shalt not boil a kid in his mother's milk." (Exodus 23:19)

The concept of firstfruits as in the Feast of Firstfruits (ha Bikkurim) has to do with the grain harvest, fertility of the land and women (of all species) as blessings from God.  The boiling of a young goat in it's mothers milk was actually a pagan ritual practiced by various nations that interacted with Israel  to ensure the fertility of the land and the women. The boiling of a young goat in its mother's milk as such a ritual is what is often referred to as a forbidden or unlawful sacrifice.

In this context, the boiling a kid in its mother's milk falls under following the ways of the non-Israelite nations:

"When the LORD your God cuts off from before you the nations which you go to dispossess, and you displace them and dwell in their land, take heed to yourself that you are not ensnared to follow them, after they are destroyed from before you, and that you do not inquire after their gods, saying, ‘How did these nations serve their gods? I also will do likewise.’

“You shall not worship the LORD your God in that way; for every abomination to the LORD which He hates they have done to their gods; for they burn even their sons and daughters in the fire to their gods." (Deuteronomy 12:29-31)

The enactment of not eating milk and meat together and having 2 sets of dishes etc. evolved many many centuries later in the diaspora.  It is not found in or a part of the Law/Torah of Moses. These type of edicts were man made enactments or interpretations by those particular rabbis of varying Jewish Traditions on what that phrase "boiling ..." meant and how they were to enact or carry out the commandment- Thus came the man made laws of the forbidden Cheese burger.  In other words, the Kashrut laws in the Old Testament have been filtered through man made traditions and authority systems.

The author of the article then goes on to relegate the Torah (Which includes the Commandments of God) into the classification of the irrelevant and insignificant citing that the Angels who ate with Abraham in Genesis broke this very law and did not keep kosher.  Unfortunately this is a gross error.  What did Abraham serve the "Angels":

"So he took butter and milk and the calf which he had prepared, and set it before them; and he stood by them under the tree as they ate." (Genesis 18:8)

Butter comes from a cow- Therefore it is fit to be eaten as food.

Milk comes from a cow or goat- Therefore it is fit to be eaten as food.

Not only did Abraham serve the messengers food that was fit (Kosher) to be eaten as food these angels actually partook of unleavened bread in the House of Lot:

"Now the two angels came to Sodom in the evening, and Lot was sitting in the gate of Sodom. When Lot saw them, he rose to meet them, and he bowed himself with his face toward the ground.

And he said, “Here now, my lords, please turn in to your servant’s house and spend the night, and wash your feet; then you may rise early and go on your way.” And they said, “No, but we will spend the night in the open square.”

But he insisted strongly; so they turned in to him and entered his house. Then he made them a feast, and baked unleavened bread, and they ate.”–Genesis 19:1-3

Mormons and Jews have more in common than they realize. In many ways the instructions from God regarding Kosher Food is instruction to  Israel similar to the Word of Wisdom.  In fact, it says that the Word of Wisdom is adapted to the weakest of saints.  Adapted from what?  Is it possible that it was adapted from the list of foods that were classified as fit to be eaten as food?

Enactments -A Testimony To The Book of Mormon

Every people and culture creates it's own traditions and enactments by which it attempts to carry out its laws.  Keep the Sabbath Day Holy is the command while the later enactment of taking more than a certain number of steps on the Sabbath is a man made enactment.  In fact there are many enactments you may have heard:

1. Washing your hands before eating (A specific ritual)- Not found in the Torah (5 Books of Moses or OT-Old Testament).

2.  Not eating milk and meat together (an enactment)- Not found in the Torah or OT

3. Taking a legal number of steps on Sabbath- Not found in the Torah or OT.

All of these types of rituals and enactments of how to keep the laws of God came from men in their understanding.

THE CLARITY OF THE BOOK OF MORMON:

The Book of Mormon gives us great clarity regarding the Torah of Moses and the man made enactments that developed over centuries. The Book of Mormon specifically says that after Christ came they, “did not walk any more after the performances and ordinances of the law of Moses; but they did walk after the commandments which they had received from their Lord and their God, continuing in fasting and prayer, and in meeting together oft both to pray and to hear the word of the Lord.” 4 Nephi 1:12). Notice the specific terminology found throughout the Book of Mormon "performances and ordinances" of the Law of Moses.

By saying that Christ fulfilled the Law of Moses the Israelite writers of the Bible and Book of Mormon mean that he brought them back to the proper interpretation and performance of the Covenant and commandments he made with all Israel. By saying that they followed no more after the performances and ordinances of the Law of Moses they are stating that they no longer carried out God’s commandments according to the man made legal rulings and traditions that developed over hundreds of years.

Many a false prophet comes declaring themselves and their authority. Yet at the same time, many of them also lead their followers down a path of throwing out God's Commandments.  By minimizing and destroying the commandments of God, they lead their followers down a path which allows the False Prophet to introduce anything he wants to with literally no checks and balances.

The Torah of Moses points us to Messiah and it's teachings and mysteries in relation to him are truly great and marvelous. It was the strict observance of the Torah and loyalty to the Messiah that preserved the Nephites in this Covenant Land Grant. But observance of God's commandments and the carrying out of man made edicts, traditions, enactments, and ordinances are not synonymous.  This is the true meaning of the Fulfilling of the Law of Moses in that Messiah brought us back to the commandments of God in their purity and not through the filter of man made traditions and authority systems.

If it were not so, then please know that it is now okay to commit murder, adultery, to steal,  to covet, and to worship idols.

"To the law and to the testimony! If they do not speak according to this word, it is because there is no light in them." (Isaiah 8:20)

Posted by Mormon Yeshiva at 7:31 AM