The Death Of The Chief Judge and The Five Hidden Men 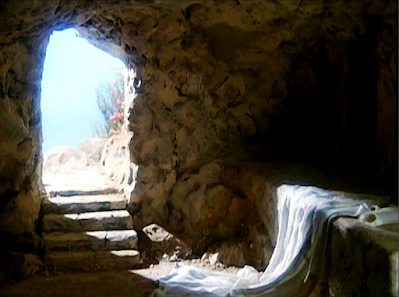 "Behold, now it came to pass that when Nephi had spoken these words, certain men who were among them ran to the judgment-seat; yea, even there were five who went, and they said among themselves, as they went..." (Helaman 9:1)

The Book of Mormon draws upon historical characters and events to communicate deeper teachings. Sometimes some of the greatest teachings are hidden in plain sight. One hidden teaching involves five men who ran to witness the murdered chief judge. The Book of Helaman tells the story of Nephi prophecying the murder of the chief judge:

"25 But behold, ye have rejected the truth, and rebelled against your holy God; and even at this time, instead of laying up for yourselves treasures in heaven, where nothing doth corrupt, and where nothing can come which is unclean, ye are heaping up for yourselves wrath against the day of judgment.  26 Yea, even at this time ye are ripening, because of your murders and your fornication and wickedness, for everlasting destruction; yea, and except ye repent it will come unto you soon.  27 Yea, behold it is now even at your doors; yea, go ye in unto the judgment-seat, and search; and behold, your judge is murdered, and he lieth in his blood; and he hath been murdered by his brother, who seeketh to sit in the judgment-seat.  28 And behold, they both belong to your secret band, whose author is Gadianton and the evil one who seeketh to destroy the souls of men." (Helaman  8:25-28)

In response, five men ran to the judgment seat to find out for themselves whether the words of Nephi were true. The text appears to not disclose the identity of the five men, but if we look at the text as a whole, we find that the author is not only conveying a narrative about a chief judge being killed but a hidden truth regarding the death of the Messiah and the prophets who testified of him.

These five men ran and found the chief judge killed in the judgment seat, as the story goes. In astonishment, the five men fell to the earth. They were found at the scene of the crime, and it was assumed that they had killed the chief judge whereby they were then thrown into prison.

The symbolic identities of these five men lead us to a great teaching. Just before announcing the murder of the chief judge, Nephi is in the tower in his Garden and draws his listeners attention to the brazen serpent lifted up by Moses in the Wilderness:

"14 Yea, did he not bear record that the Son of God should come? And as he lifted up the brazen serpent in the wilderness, even so shall he be lifted up who should come.  15 And as many as should look upon that serpent should live, even so as many as should look upon the Son of God with faith, having a contrite spirit, might live, even unto that life which is eternal.  16 And now behold, Moses did not only testify of these things, but also all the holy prophets, from his days even to the days of Abraham." (Helaman 8:14-16) 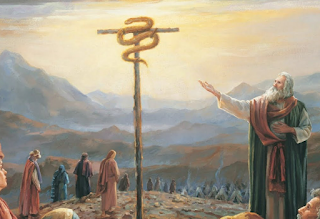 Nephi then goes on to delineate 5 prophets who testified of the Messiah:

"19 And now I would that ye should know, that even since the days of Abraham there have been many prophets that have testified these things; yea, behold, the prophet Zenos did testify boldly; for the which he was slain.  20 And behold, also Zenock, and also Ezias, and also Isaiah, and Jeremiah, (Jeremiah being that same prophet who testified of the destruction of Jerusalem) and now we know that Jerusalem was destroyed according to the words of Jeremiah. O then why not the Son of God come, according to his prophecy?" (Helaman 8:19-20)

The story then goes on to discuss the liberation of the 5 certain men from prison:

"18 And it came to pass that the five were liberated on the day of the burial. Nevertheless, they did rebuke the judges in the words which they had spoken against Nephi, and did contend with them one by one, insomuch that they did confound them." (Helaman 9:18)

Like the 5 certain men who were liberated on the day of the chief judge's burial, we see a connection being drawn to those souls (among them those 5 prophets) that were resurrected and came forth at the time of the burial of Christ as prophecied by:

Samuel the Lamanite, "25 And many graves shall be opened, and shall yield up many of their dead; and many saints shall appear unto many." (Helaman 14:25)

"9 Verily I say unto you, I commanded my servant Samuel, the Lamanite, that he should testify unto this people, that at the day that the Father should glorify his name in me that there were many saints who should arise from the dead, and should appear unto many, and should minister unto them. And he said unto them: Was it not so?  10 And his disciples answered him and said: Yea, Lord, Samuel did prophesy according to thy words, and they were all fulfilled." (3 Nephi 23)

"And, behold, the veil of the temple was rent in twain from the top to the bottom; and the earth did quake, and the rocks rent; And the graves were opened; and many bodies of the saints which slept arose and came out of the graves after his resurrection, and went into the holy city, and appeared unto many." (Matthew 27:51-53)

Just as the five certain men were liberated on the day of the chief judge's burial, the prophets Zenos, Zenock, Ezias, Isaiah, and Jeremiah were resurrected on the day of the burial of the real Chief Judge. Not only does the Book of Mormon couch this hidden teaching into the text of Helaman regarding this healing or resurrection from the dead, but it also contains an even deeper teaching regarding the 5 levels of the soul: Nefesh (Life Force), Ruach (spirit), Neshamah (breath of life), Chaya (living one), and Yechidah (oneness).  For those with eyes to see and ears to hear, these are the five points through which we fellowship, connect, or embrace God.

Posted by Mormon Yeshiva at 9:28 AM