Knowing The God In Whom You Should Trust: Preparing for the Old Testament (The TaNaKh) 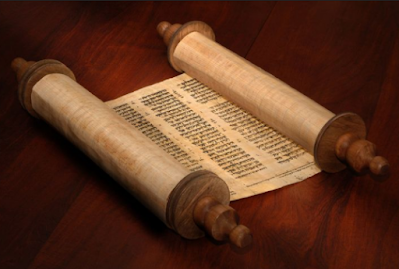 "And if there were miracles wrought then, why has God ceased to be a God of miracles and yet be an unchangeable Being? And behold, I say unto you he changeth not; if so he would cease to be God; and he ceaseth not to be God, and is a God of miracles. And the reason why he ceaseth to do miracles among the children of men is because that they dwindle in unbelief, and depart from the right way, and know not the God in whom they should trust." (Mormon 9:19-20)

The purpose of the scriptures is to know the God whom we should trust.  In Hebrew, the word for "know" is the word yada, which means not only learning about something or someone but experiencing something or someone. It is not a superficial experience of God but a profoundly intimate experience. In the Israelite worldview, The Old Testament is the foundation of this experience.

The Book of Mormon as a Jewish/Israelite record heavily depends on the language, customs, and the scriptures of the Jews for correct interpretation.  The heart of all Israelite scripture is the Torah, often called the five books of Moses (Genesis, Exodus, Leviticus, Numbers, Deuteronomy). Without the Torah and the Heart of the Covenant, people approach the Book of Mormon with their Christian/Pagan Eyeglasses rather than Messiah/Hebrew glasses.  As a result, the covenant message of the Book of Mormon becomes twisted into a pseudo-born again Christian document with weird names and a nice message about Jesus. However, when viewed through an Israelite paradigm and covenant lenses, the message of the Book of Mormon is unveiled as a message to the descendants of the House of Israel, the promises made to them, and their role in bringing forth Zion and the Restoration of All Things.

The Plates of Laban – The TaNaKh

The Torah contains God’s laws and instructions given to all Israel as a roadmap for a Zion (a marked or set apart) people.  As a result of Israel disregarding the commandments of God, the people continually fell into a state of iniquity (lawlessness).   The importance of the Torah cannot be overstated to an Israelite because it contains the Heart of the Covenant Relationship between God and his people Israel.  Without this Heart, the life-giving blood of the Spirit of God cannot flow to the body of his people.

When God commanded Lehi to send his sons to obtain the Plates of Laban, he did so knowing that the plates of Laban contained the Torah (Five Books of Moses), the writings of the Prophets (Neviim), and other historical writings such as the Psalm, Proverbs, etc. (Ketuvim):

THE LAW AND THE PROPHETS

"Think not that I am come to destroy the law or the prophets. I am not come to destroy but to fulfil; For verily I say unto you, one jot nor one tittle hath not passed away from the law, but in me it hath all been fulfilled." (3 Nephi 12: 17-18)

We often hear the phrase "The Law and The Prophets) quoted throughout the scriptures.  In Hebrew, The Law is called The Torah, which is composed of the 5 Books of Moses (Genesis, Exodus, Leviticus, Numbers, and Deuteronomy).  While the word Torah is translated as "THE LAW" throughout the scriptures, it is more accurately translated a Instructions- as in a Father's instructions to his Children and often likened to the decrees of the King. As a body of scripture, The Torah is the foundational document that established The House of Israel in a similar way that The Constitution established The United States of America.

The term Prophets (Nevi'im) is referring to to the records of varying prophets such as Isaiah, Jeremiah, Daniel, etc. The words of the prophets contain divine messages and instructions to teach God's people how to "fulfill" (a Hebrew Idiomatic expression meaning to correctly interpret and carry out) God's instructions. The writings of the Prophets also give prophetic warnings and contain sealed (or encrypted) teachings intended for those who diligently seek after the greater things of God.

In Israel, the Plates of Laban would then fall under a Hebrew called Tanakh. This acronym breaks down as follows:

N = Neviim – The Prophets/Writings of the Prophets

The importance of these brass plates cannot be overemphasized.  The Torah and the writings of the prophets contained on these plates allowed them to preserve their language, history, and laws. But, more importantly, it maintained the foundation upon which God established his covenant and the principles that enabled the Nephites to obtain the blessings of God’s covenant.

The Old Testament As A Multi-Dimensional Record

The language of Hebrew captures and embodies multi-dimensional aspects of the word of God.  As a functional language, it is designed to be uttered by our physical tongue but embedded in this language are principles of astronomy, mathematics, geometry, chemistry, physics, grammar, etc. This knowledge was passed down from Adam through the hands of the patriarchs such as Enoch, Noah, and Melchizedek. From there, it was transmitted to Abraham, Isaac, and Jacob (Israel) down to the tribes of Israel and their descendants.

The scriptures from the House of Israel are like a winding staircase or a divine helix of DNA that contains the essential building blocks of creation.  Our ascent through the four worlds or dimensions of scripture is taught to this day in Israel through a system of interpretation called PaRDeS.  PaRDeS is an acronym formed from the initials of the four levels or approaches to understanding the revelations of God:

1. Peshat – The simple, literal meaning of the word or account.

2. Remez – The allegorical or symbolic meaning of the word or account.

3. Deresh – A comparative meaning as compared to similar occurrences, accounts, or teachings.

4. Sod (pronounced with a long O sound)– The secret, esoteric, or mystical meaning

To demonstrate and apply this science of ancient Israel, let us examine the following scripture: “And my father dwelt in a tent” (1 Nephi 2:15).  As we discussed earlier, sometimes, the greatest of truths are hidden in plain sight.  How many times have you as a reader read through the Book of Mormon and simply passed over this one sentence verse, “And my father dwelt in a tent.”  The verse looks pretty straightforward, simple, and literal.  Reading this verse may draw images of desert Bedouins living in their tents in a desert wilderness surrounded by camels and stock.  This verse's simple and literal (Peshat) reading is that Lehi literally dwelt in a tent. Yet, to the initiated mind of an Israelite, this verse reveals so much more about the man Lehi and lends itself to a great truth of this hidden science.

This dimension comprises allusion using allegorical, metaphoric, and symbolic words and imagery.  In this dimension, an Israelite begins to ask, “Where has God revealed these things in the covenant God made with the Fathers”: (The TaNaKh – The Torah –Five Books of Moses, The Neviim –the Prophets, or the Ketuvim – the Writings). The verse, “And my father dwelt in a tent,” directs the Israelite mind to the Mishkan or “tent of dwelling,” often called the “tabernacle in the wilderness” or the “tabernacle of Moses.”

Derash is the dimension of understanding the comprises the interpretive meaning of the text. These interpretive teachings can often be found in the teachings of prophets like Isaiah, Jeremiah, Ezekiel, and Daniel, wherein the mind of an Israelite is drawn to examine similar occurrences and teachings.  These occurrences and teachings have historical precedent, legal precedent, and instructional precedent passed down by inspired teachers. In some ways, it is like a sermon or teaching- Jacob's Sermon at the Temple or, say, King Benjamin's Sermon at the Temple.

The sod level of interpretation pertains to the mysteries or hidden things of God.  They pertain to those things of the divine throne or council of heaven.  They are the teachings regarding the journey of the Soul and its ascent from Earth to Heaven. It is what is called the Great and Marvelous teachings.  “It is the glory of God to conceal a thing and the glory of kings to search out a matter!” (Proverb 25:2) As all Israel was called to be a nation of kings and priests to God, then it was the glory of kings to search out the concealed things of God.