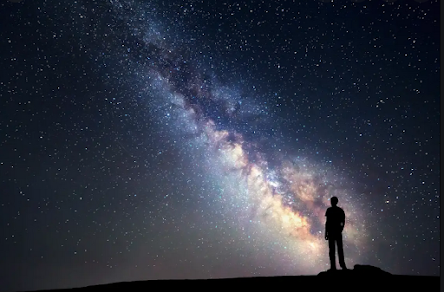 "And it came to pass that he returned to his own house at Jerusalem; and he cast himself upon his bed, being overcome with the Spirit and the things which he had seen. And being thus overcome with the Spirit, he was carried away in a vision, even that he saw the heavens open, and he thought he saw God sitting upon his throne, surrounded with numberless concourses of angels in the attitude of singing and praising their God." (1 Nephi 1:7-8)

From its very first chapter, The Book of Mormon carries its readers into the world of the Israelite prophetic traditions. The skill and artistry in which the record is constructed are amazing to behold. With each turning of its pages, the author of this ancient record has encoded ancient wisdom and understanding meant to transform the hearts and minds of its readers by bringing them to the knowledge and covenants God made with the Fathers. The knowledge of the Mazzorth or the Israelite Zodiac is part of this body of ancient wisdom. Mazzoroth is the Hebrew term for the Zodiac or the Constellations:

"Canst thou bind the sweet influences of Pleiades, or loose the bands of Orion?

Canst thou bring forth Mazzaroth in his season? or canst thou guide Arcturus with his sons?

Knowest thou the ordinances of heaven? canst thou set the dominion thereof in the earth?"

After the Prophet Lehi encounters the pillar of fire that comes down and dwells upon the rock. He returns to his home enraptured by the Spirit of God and visions of glory. As he fell to his bed, he was carried away in a vision. He beheld God sitting upon his throne encircled by angels in the attitude of singing and praising God.  Because of our deeply influenced Greek-Western culture, this account often evokes images of a large man with a white beard sitting upon his throne surrounded by white, blond-haired, blue-eyed people in white robes (and sometimes with actual wings) surrounding him while singing and playing musical instruments. 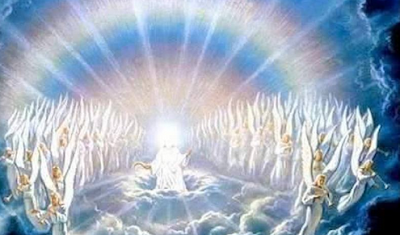 From the Israelite perspective, the heaven he is beholding is the night sky above.

The throne of God is the Galactic center, and the stars are the concourses of angels surrounding the throne.

In the Israelite mind, the imagery of God and angels were connected with these astronomical bodies. We find similar knowledge and understanding among its sister cultures of the time where the Egyptians equated the Galactic Center with the eye of Horus: 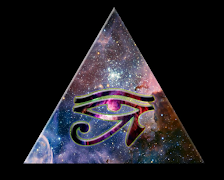 THE TABERNACLE: THE DESIGN AND SYMBOL OF THE HEAVENS

The tabernacle in the wilderness in ancient Israel was a microcosm of the Heavens above. Whatever its actual design, the tabernacle was a pattern of the cosmos:

As the heavens are opened to Lehi, he sees the visible galactic center with the numberless stars surrounding the Galactic Center (The Throne of Heaven).

Lehi then goes on to record:

"And it came to pass that he saw One descending out of the midst of heaven, and he beheld that his luster was above that of the sun at noon-day. And he also saw twelve others following him, and their brightness did exceed that of the stars in the firmament." (1 Nephi 1:9-10)

The "One" being referred to here is one of the stars (or stellar bodies) descending from heaven and falling toward the horizon.  The twelve others following him are the constellations of the Zodiac as the stars of the Zodiac are the brightest stars compared to the others that shine in the sky.

"And they came down and went forth upon the face of the earth; and the first came and stood before my father, and gave unto him a book, and bade him that he should read. And it came to pass that as he read, he was filled with the Spirit of the Lord."

Here the constellations of the Zodiac begin to fall or "go forth upon the face of the earth" before him. Lehi then is given to understand by revelation that the first constellation that goes down carries a message of judgment upon the earthly city of Jerusalem.

So what constellation did Lehi See?

"And he read, saying: Wo, wo, unto Jerusalem, for I have seen thine abominations!

Yea, and many things did my father read concerning Jerusalem—that it should be destroyed, and the inhabitants thereof; many should perish by the sword, and many should be carried away captive into Babylon.

And it came to pass that when my father had read and seen many great and marvelous things, he did exclaim many things unto the Lord; such as: Great and marvelous are thy works, O Lord God Almighty! Thy throne is high in the heavens, and thy power, and goodness, and mercy are over all the inhabitants of the earth; and, because thou art merciful, thou wilt not suffer those who come unto thee that they shall perish!

And after this manner was the language of my father in the praising of his God; for his soul did rejoice, and his whole heart was filled, because of the things which he had seen, yea, which the Lord had shown unto him." (1 Nephi 1: 13-15)

The message being delivered by this One constellation is a message of judgment. If we look to the ancient Israelite Mazzoroth, we can identify two possibilities of the constellations Lehi may have observed: 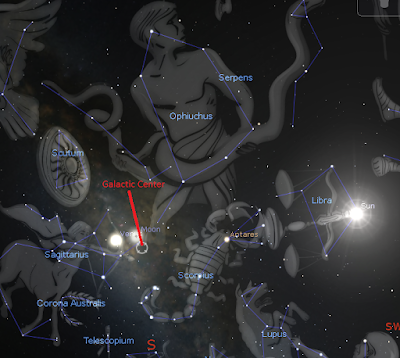 One possibility is the constellation Libra near the Galactic Center, which was equated with judgment. The celestial bodies surrounding it were identified with the throne of glory, the throne of mercy, and the Throne of Judgment. In the picture above, we see Ophiuchus (identified with the angel Michael-whose name means One Like God or Who is Like God-standing near the galactic center and near Scorpio and Libra.)

Another possibility is the Constellation Orion (Nephil-in Hebrew). If we hold to the Passover themes exhibited in Lehi's Exodus, this "One" constellation could be Orion descending to earth with the constellation Eridanus at his feet (In Ancient Israel, Eridanus is also called The River of the Judge). That Orion's luster was above that of the noonday sun, describing Orion's position to the sun and its heavenly path (the ecliptic). I personally tend toward the latter or an Orion Connection. 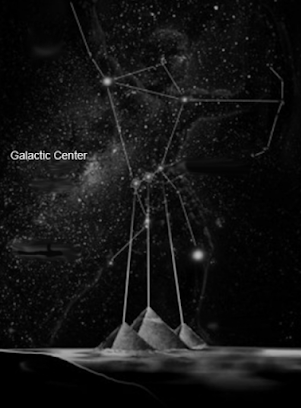 Whatever the case may be, we see from the very first chapter of The Book of Mormon much of the ancient astronomical knowledge possessed by Abraham, Isaac, and Jacob in this very Israelite record.  The record of the Book of Mormon is full of this knowledge that is just waiting to be revealed to our eyes-for those who have eyes to see.

Posted by Mormon Yeshiva at 8:58 AM