HAVE YOU DEPARTED FROM THE RIGHT WAY OF GOD? 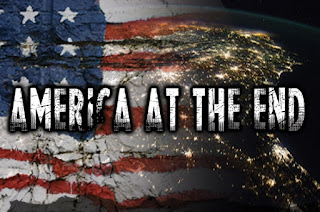 Our current political scene in America is a fulfillment of  Book of Mormon prophecy.  The murderous and secret combinations have filled the land-- the government, the media, the churches, and the corporations. Even as a voice crying from the dust, the prophet Mormon declared, "And whatsoever nation shall uphold such secret combinations, to get power and gain, until they shall spread over the nation, behold, they shall be destroyed; for the Lord will not suffer that the blood of his saints, which shall be shed by them, shall always cry unto him from the ground for vengeance upon them and yet he avenge them not." (Ether 8:22)

We have people conveniently dying in accidents,  "committing suicide", and going missing who bring to light the evil and murderous works of presidential candidates and other political leaders who are the called and elected of the secret combinations to occupy the seats of power in this land. Their influence is so encompassing that men and women who expose their evil works must seek refuge in the embassies of foreign lands or find themselves in military prisons with no due process of law that should be afforded by the constitution to every person.  We see corporations raping the land and aggressively breaking treaties with those of the First Nations for gain.  We see wars being waged for gain and political ends. We find political and media forces loving and making lies to fracture the nation and divide the people in an attempt to control and reshape the land and enslave the people. But in their pride, they know not the God of Israel-even the God of the whole earth who will bring their rule and their secret works to an end.

"Wherefore, the Lord commandeth you, when ye shall see these things come among you that ye shall awake to a sense of your awful situation, because of this secret combination which shall be among you; or wo be unto it, because of the blood of them who have been slain; for they cry from the dust for vengeance upon it, and also upon those who built it up." (Ether 8:24)

In these perilous times, are we among those who have built up and supported these secret combinations and works of evil?  We look around and claim we seek to be the people of God-even the remnant- and yet the fruits are not only severely lacking but those fruits that are produced are wild, " Behold, this long time have we nourished this tree, and I have laid up unto myself against the season much fruit. But behold, this time it hath brought forth much fruit, and there is none of it which is good. And behold, there are all kinds of bad fruit; and it profiteth me nothing, notwithstanding all our labor; and now it grieveth me that I should lose this tree." (Jacob 5:32)

A VOICE OF WARNING HAS COME


"For it cometh to pass that whoso buildeth it up seeketh to overthrow the freedom of all lands, nations, and countries; and it bringeth to pass the destruction of all people, for it is built up by the devil, who is the father of all lies; even that same liar who beguiled our first parents, yea, even that same liar who hath caused man to commit murder from the beginning; who hath hardened the hearts of men that they have murdered the prophets, and stoned them, and cast them out from the beginning.

Wherefore, O ye Gentiles, it is wisdom in God that these things should be shown unto you, that thereby ye may repent of your sins, and suffer not that these murderous combinations shall get above you, which are built up to get power and gain—and the work, yea, even the work of destruction come upon you, yea, even the sword of the justice of the Eternal God shall fall upon you, to your overthrow and destruction if ye shall suffer these things to be." (Ether 8:23)

The end of the times of the Gentiles is fast approaching and the Sword of Justice shall soon fall upon the United States of America including its Allies.  The corruption and works of darkness among the leaders of the Nation only reflect the corruption and works of darkness among many of the people-  even those gentiles who call themselves the remnant of God. The time is coming, in fact it is already here in which, "behold no man could keep that which was his own, for the thieves, and the robbers, and the murderers, and the magic art, and the witchcraft which was in the land.Thus there began to be a mourning and a lamentation in all the land because of these things."(Mormon 2:10)


THE RIGHT WAY- KNOWING THE GOD OF ISRAEL 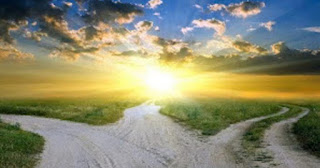 Just as ancient Israel was preserved by the miraculous power of God so too will a modern House of Israel be redeemed in the same way.  If it were not so, there there would be no fleshed saved alive:

The path of the miraculous is found by those who walk in the "right way" and know the God in whom they should trust.  To "know" in Hebrew is more than just knowledge about something, but direct experience with something--in this case direct experience and intimacy with the God of Israel.  That being the case then what is "THE WAY"?

Instead of coming up with our "OWN WAY" like ancient Israel and the incident with the Golden Calf, we should seek the right way of the God of Israel.  As the prophet Mormon brings our attention to the "Right Way" in the record of the Book of Mormon, then perhaps it is best to look to the Book of Mormon for the definition of "The Right Way".

As Nephi expresses, THE RIGHT WAY IS TO BELIEVE IN CHRIST (THE HOLY ONE OF ISRAEL-- AKA. THE LAW GIVER) and that by denying (walking in disobedience to) Christ is to walk in path of rebellion against the commandments given by him and the testimony delivered by the prophets (i.e the law and the prophets).

The elders and later rabbis of Israel used a teaching technique called remez.  In their teaching, they would use part of a Scripture passage in a discussion, assuming that their audience's knowledge of the scriptures would call to memory the portion of the scriptures to which they were either quoting or alluding to that then allowed the audience to deduce for themselves the  meaning of the teaching. This method of teaching was used by Christ and many of the prophets who possessed a great understanding of the law and the prophets.

In true Israelite fashion, the prophet Nephi uses this same teaching technique (remez) to draw the reader's mind to the greatest law (The Shema) given to all Israel in how they are to believe in Christ-The Holy One of Israel- by worshiping him, "with all your might, mind, and strength, and your whole soul".

By pointing the people back to this one great law Given to the Fathers he is instructing them on walking in the path of true worship:


Hear, O Israel: The Lord our God is one Lord:

And thou shalt write them upon the posts of thy house, and on thy gates.
(Deuteronomy 6:4-9)


Here we find the key to walking in the right way is to love and worship God (The Law Giver, The Holy One of Israel) by obeying his commandments, "If ye love me, keep my commandments." (John 14:15)

There is a traditional teaching that says, "If you want to know the God a man worships- look at the law he keeps."  If you follow the King of Israel and are a part of his kingdom, would you walk in rebellion to the King and his Law?  Would seek to teach or impose a foreign law in his land or upon his subjects?

To walk in the path of the miraculous is to walk in THE RIGHT WAY in worshiping the Holy One of Israel with all our might, mind, strength, and our whole soul.  Will God perform miraculous works of restoration and redemption while people who claim to be his walk in rebellion against his commandments by engaging in acts he expressly forbids? Or Will his hand deliver those who worship and walk in the commandments of an idolatrous God? It will never be so for he is an unchangeable being and like the Fathers of old, we can only be saved upon same principles of salvation: