KICKING OUT THE FULNESS OF THE GOSPEL?

THE REJECTION OF THE GENTILES: 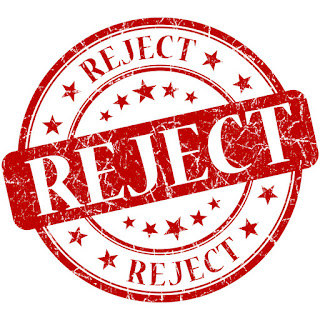 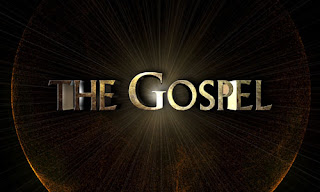 The word "Gospel" is a word that has lost almost all meaning in our modern society.  It is usually used as a catch word to refer to many different things in our modern culture.  It has been used as a word to describe the scriptures in general, the message of Jesus Christ, or the message of the church, etc. The word “Gospel” is Old English.  In reality it is a combination of two old English words: GOD + SPEL (Gott + spell).  The word 'GOD' coming from a Teutonic origin meaning something of sacred or religious worship and the word 'SPEL' meaning speech, message or report.  Unfortunately this English word does not capture the full meaning and depth of the Hebrew word from whence it was translated: BASAR or BESORAH.

THE BESORAH - THE MESSAGE FROM THE KING


The word Basar or Besorah also has the meaning of tidings, message, report, or news.  When we hear this word in our American vernacular it can conjure images of the nightly news broadcast or even a 20 second commercial blurb to sell a product. The Hebrew imagery behind the word Basar or Besorah is that of a messenger of a King or governing official with a specific charge to declare the Kings Words and to Carry out the Kings Commands.  In the ancient world the role of a king's messenger was an exalted role.  Hospitality toward the messenger of the King was considered as hospitality toward the King himself.  Rejection of the King's Messenger and the King's Message was considered Rebellion or Rejection of the King Himself.  An example of this is actually demonstrated in the modern movie, "The 300" where King Leonidas rejects the message of King Xerxes and kicks the messenger down a pit.  Remember what you do to the message and the messenger you also do to the King.  In this case it was as if King Leonidas was kicking King Xerxes to the curb or in this case down a pit. 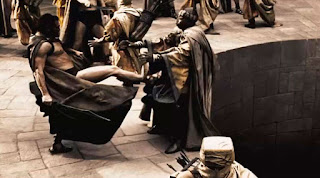 SO WHAT IS THE BESORAH- THE IMPORTANT MESSAGE

Simply put the Besorah could be communicated thus: In those days John the Baptist came to the Judean wilderness and began preaching. His message was,“Repent of your sins and turn to God, for the Kingdom of Heaven is near.” (Matthew 3:1-2)

or perhaps this rendition also:

or perhaps as the Prophet Ezekiel proclaimed:

“For I will take you from among the nations, gather you out of all countries, and bring you into your own land. Then I will sprinkle clean water on you, and you shall be clean; I will cleanse you from all your filthiness and from all your idols.

I will give you a new heart and put a new spirit within you; I will take the heart of stone out of your flesh and give you a heart of flesh. I will put My Spirit within you and cause you to walk in My statutes, and you will keep My judgments and do them.Then you shall dwell in the land that I gave to your fathers; you shall be My people, and I will be your God." (Ezekiel 36:24-28)

Whatever rendition of the message you choose, the message is still the same, Repent or turn in loyalty back to the Holy One of Israel.  Be immersed and reborn in his name (a rebirth into discipleship as his son or daughter), Keep (guard and carry out the commandments of King, and you will be purified by the Holy Ghost (be given a new heart and filled with the spirit).

Make no mistake though that the meaning of these phrases has much greater depth to an Israelite Culture than to a Gentile Culture.  It has to do with loyalty to the King of Kings by turning from our non-covenant ways and embracing the terms of his covenant treaty.  It has to do with embracing his son and the covenant relationship including the real life laws that govern the subjects of his kingdom.

To be sent with a message from the King consisted of several strict guidelines:

1.THE MESSENGER MUST DELIVER THE MESSAGE STRICTLY WITH OUT ADDING TO OR TAKING AWAY FROM THE MESSAGE.

2.  THE MESSENGER WAS AN AGENT OF THE KING TO CARRY OUT OR ASSIST IN CARRYING OUT THE CONTENTS OF THE MESSAGE.

3.  FAILURE TO REPRESENT THE MESSAGE IN EXACTNESS AND CARRYING OUT THE CHARGE (OR DUTIES) CARRIED THE DEATH PENALTY FOR THE MESSENGER.

THE REJECTION OF THE GENTILES

As the Book of Mormon demonstrates, the Gentiles were given the record of the Nephites to declare the Message (Gospel) of the Son of God.  They were commissioned and authorized to take this record to the remnant of Jacob and to establish the Kingdom of God on this land.

So now let us examine the rejection of the gentiles:

1. "when the Gentiles shall sin against my gospel"- To sin is to be in a state of rebellion against the God of Israel.  What is rebellion?  It is the breaking of the laws (with full knowledge that they are doing so) God gave to Israel, teaching others to do so, or worse-- setting up a counterfeit law (i.e. the commandments and laws of men) in place of the law and commandments of God.

3." and shall be lifted up in the pride of their hearts above all nations, and above all the people of the whole earth, and shall be filled with all manner of lyings, and of deceits, and of mischiefs, and all manner of hypocrisy, and murders, and priestcrafts, and whoredoms, and of secret abominations"-- I think we could say that this pretty much sums up the current conditions of the day.

Like Ancient Israel, the Idolatry of the Gentiles is characterized by proclaiming their exalted status as God's People or as we call it, "THE ONE TRUE CHURCH" and at the same time rejecting the Besorah or Message from the King. The Gentiles will rebel against the King, His Son  and the message while all the day long proclaiming to be his people and verbally espousing God. Their rejection is signaled by the changing, twisting, and dismissal of God's law and commandments. It is replacing the sure foundation of the Doctrine of Christ and his restored message as found in the Book of Mormon with their own message and laws--ALL IN THE NAME OF CHRIST.  They down play the word given by God in exactness while at the same time lifting up their own words and authority as a light on a hill. The rejection is finalized when the Messenger who is sent to them is rejected, thrown out, or killed.  Remember--rejecting the messenger sent is the same as rejecting the King.

BRINGING OUT THE FULNESS OF MY GOSPEL FROM AMONG THEM


When the rejection is complete,  God will then "Bring out" the Fulness (both message and duties charged to them) from among them.  At that time, those Gentiles who had been committed the restored message will lose their charge to represent the King and carry out the message.  Then God will carry both the message and the charge (duties and authority) to the House of Israel:

11 And then will I remember my covenant which I have made unto my people, O house of Israel, and I will bring my gospel [the message} unto them.

12 And I will show unto thee, O house of Israel, that the Gentiles shall not have power over you; but I will remember my covenant unto you, O house of Israel, and ye shall come unto the knowledge of the fulness of my gospel [the charge and authority].

13 But if the Gentiles will repent and return unto me, saith the Father, behold they shall be numbered among my people, O house of Israel.

14 And I will not suffer my people, who are of the house of Israel, to go through among them, and tread them down, saith the Father.

15 But if they will not turn unto me, and hearken unto my voice, I will suffer them, yea, I will suffer my people, O house of Israel, that they shall go through among them, and shall tread them down, and they shall be as salt that hath lost its savor, which is thenceforth good for nothing but to be cast out, and to be trodden under foot of my people, O house of Israel. (3 Nephi 16)