"The grand key word was the first word Adam spoke and is a word of supplication...It is that key word to which the heavens is opened." (Joseph Smith, The Journals of William Clayton, June 15, 1844)

The pathway of the prophetic needs to be walked again.  The grand key words must once again be spoken and the throne of God must once again be approached. This calling upon the name after the manner of the ancients will open the way whereby any man or woman may converse with God.   It was taught in the ancient School of the Prophets that words mean things. They are instruments of power and transformation. But, it was not enough that one simply knows a word and has ritual in which they use it.

The first rule of approach was kavanah- sincere intention or direction of the heart.  No prayer or meditation was considered effective without sincere intention and desire. Without this sincere desire, the words would be like having the fastest car on the lot but with an empty gas tank. You may have the best machinery but with no fuel the machinery is useless.  This same rule was also communicated by the Prophet Moroni:

"And when ye shall receive these things, I would exhort you that ye would ask God, the Eternal Father, in the name of Christ, if these things are not true; and if ye shall ask with a sincere heart, with real intent, having faith in Christ, he will manifest the truth of it unto you, by the power of the Holy Ghost."  (Moroni 10:4)

The sincere intention or direction of the heart connected with pure love. When one is property fueled by sincere intention or strong passion they will experience the intense desire to approach God to seek his face and to seek the truth.  This desire to know God is as real and as intimate spiritually as the intimate physical relationship when Adam "knew" Eve.

The Power Of The Group


In the ancient Schools of the Prophets it was taught that a group of ten men formed a prayer group or minyan.  The purpose behind the group was that the magnification of desire, intention, and direction of the heart. It was taught that even if a person's intention is imperfect, if he prays with a group and the group has a oneness of desire or intention then because of the collective intention (however imperfect) the prayers will be heard.  This same principle of collective oneness and desire is also represented by what constitutes a circle of individuals for prayer or a prayer circle. Where oneness of desire exists the eternal fire is stoked and like incense upon an altar the prayers of desire ascend to the Throne of Heaven.   This symbol of desire as the flame which carriers pure prayer or intention to Heaven is what is symbolized by the horned altar before the veil before the Holy of Holies. 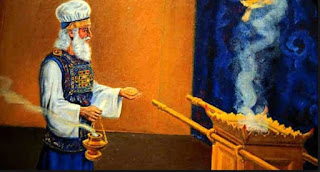 When a person approaches heaven with the desire to receive from God to bestow upon others true power is unleashed.  When two or more are gathered together offering to God the desire to receive to bestow upon each other and others outside the group without covetousness, the power of God is magnified exponentially.  This is the true meaning behind the power of the circle or what was termed anciently as the point within the circle- individuals and couples without covetousness offering their purest desire to receive to bestow to the God of Heaven.  When done in sincerity Heaven always responds in kind. 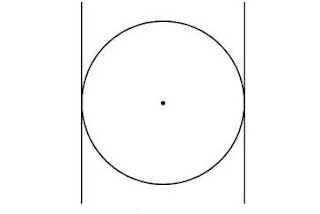 The Mystery Of The Aleph


Praying or meditating upon the names of God was a common practice taught in the Ancient School of the Prophets. The Power of the Holy Names of God is a discipline found within many of the remaining traditions of the House of Israel to this day.  Some choose to meditate upon the name YHVH or El Shaddai as a recitation, repetition, or for lack of a better word a mantra of prayer to focus their prayers of desire through and to God.  One of the most ancient disciplines was the specific meditation upon letters of the Hebrew Alephbet (alphabet) wherein it was taught lay certain spiritual devices that caused the spirit of man to resonate with the Spirit of God.  One such meditation was upon the Letter Aleph in the Hebrew Alephbet: 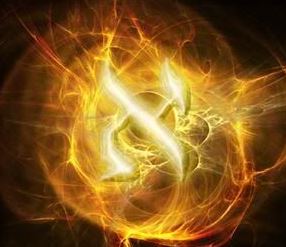 The Aleph represented the oneness of God, his throne, and reaches into what is termed Worlds Without End (Ayin Soph).  It's expression as a symbol, Aleph represents the organization of order or creation out of chaos. It represents the sacred breath being breathed into Adam and the first expression he uttered. It is the letter upon which when intentionally contemplated and meditated would draw Heaven and Earth together; connecting the worlds above with this world down below.  The discipline of the Aleph Prayer was passed down in some surviving traditions of Judaism and even then only passed on by word of mouth.  It was taught that by employing the prayer or meditation upon the Aleph one's voice of pure desire would ascend to Heaven before the sacred throne. It was considered a part of a very sacred discipline of prayer.

The letter Aleph while one is composed of three elements of letters in its outward representation. Aleph Lamed Peh.  Since man was fallen and unclean he could not enter directly into the presence of God. In order to connect with God the Aleph Prayer or Meditation was by tradition the manner by which fire from Heaven was called down to consume the sacrifice of which prayer was an integral part.   The Meditation or recitation of this ancient prayer was vocalized by praying/meditating/ mantra-ing the outward letters that composed the ALEPH in the reverse fashion as follows:


While there are many who seek for God to hear the words that their mouths produce, it was taught anciently that the Prayer or Mediation upon the Aleph brought about a condition of the heart of oneness with God wherein true connection was established and Heaven and Earth Connected. This discipline among many other ancient disciplines of prayer/meditation were also preserved but were only taught among certain traditions within Judaism. In these traditions, it was taught that the language of God was a not only an instrument of creation wherein creation was sung into existence, but it was also an instrument of transformation, bonding, and unity for man in this world as well.In this state, the mind of God dwelt in the vessel of man and as such the living soul became a living Urim and Thummim. 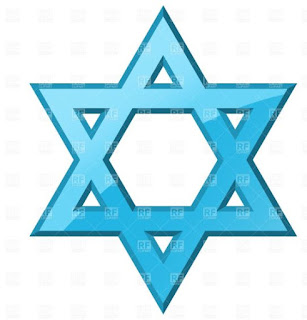 Rather than treating the discipline like a magic word or ritual, it was seen as a focal point of sincere desire whereby an individual or group of individual could become one with the Spirit of God and create the conditions whereby God's will is completed on Earth as it is in Heaven.  The echoes of this discipline once existed in the restoration and among those familiar with what are termed the Mysteries of Godliness or Temple. Those who have ears to hear, will hear.

Posted by Mormon Yeshiva at 8:23 PM