Pathways Of The Prophetic- Dangers Along The Path

"Who shall ascend into the Mountain of the LORD? or who shall stand in his holy place?

He that hath clean hands, and a pure heart; who hath not lifted up his soul unto vanity, nor sworn deceitfully." (Psalms 24:3-4) 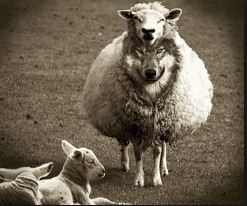 God's gifts and revelations are in direct proportion to the level of our spiritual maturity.  To the extent that we resonate with Heaven, Heaven becomes a reality to us in the here and now.  Because of the fall, there are barriers of physical and spiritual noise in the souls of men and women.  These veils or barriers are what are referred to in Hebrew as the Klipot- shells or barriers.  Unlike Adam we do not possess the celestial capabilities that the civilization of Adam possessed because of these barriers. The ancient schools of prophets were well aware of these veils or barriers and their training included instruction of the nature of these barriers and the methods of entry through these veils.

According to some writings, during the time of Israel when the prophetic was manifest in great power and abundance it was said that there were millions who gathered to enter into the life of the talmidim, or students, of these schools of the prophets. At the same time while there were true prophets to be found in abundance there was also the reality of false prophets who sought power and to get gain. Because of the danger that came from the results of institutional and false prophets, God declared to Moses the penalty of death for the false prophet. (Deuteronomy 13: 1-6) In other words, the God of Israel had no tolerance for those falsely claiming to speak in his name.

The discernment between those legitimately sent from God and those who were not has always been a difficult task.  In order to discern between the two God gave the scriptures to teach us the commandments and the covenant bounds wherein people can walk. At the same time while the commandments can be strictly observed, there is still a chance that a person can be deceived even when their heart is in the right place as there are forces that exist whose desire it is to keep men and women from bonding with God.

The true nature of evil is never experienced as devils with red horns and pitchforks. It is often experienced through those whose disposition is carnal (governed by the physical body), sensual (governed by the passions and emotions), and the devilish (those without law). The existence and power of the natural man and the adversary's ability to influence the natural man is experienced by all; from prophet to lay person, from old to young, both male and female. There are enough prophetic ego maniacs to go around in this world just as there many prophetic/religious figures that done holy garb and who seek to exert dominion and control by demanding loyalty beyond reason to them and their respective churches/institutions.  These are those who sincerely believe God has spoken to them and yet their fruits are the fruits of chaos, the breaking of the God's commandments, or the supplanting of God's commandments with the commandments of men.  With their words they draw near to God with their mouths (comparable to false advertising) while their actions are those of totalitarian control, secret combinations, the ignoring of God's commandments, and indifference in upholding justice and mercy. The power of the false prophetic can be experienced individually as well as institutionally.

The spirit that resides within men and women is powerful. All have the ability to ascend and to rend the veil that separates this world from the worlds above, but in doing so there is the possibility of being seduced by evil influences- both mortal and spiritual. In order for the students of the prophetic to ascend they had to walk a path of correction and cleansing.  The commandments of God serve to display the image or countenance of God that enable the prophetic student to separate the holy from the profane, the prophetic from the false prophetic in order to perceive the true spiritual reality of God.

All rights reserved. No portion of this article may be reproduced in any form without permission from the publisher, except as permitted by U.S. copyright law.
Posted by Mormon Yeshiva at 7:47 PM