The Mystery of Coriantumr and The Peoples of UR 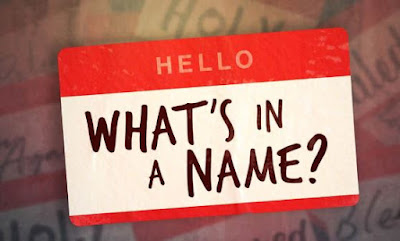 
The purpose of this series of articles is to explore some of the meanings of the names that we find in the Book of Mormon.  In Hebraic thought names are meant to communicate much more than just a title or identifier such as Tom, Dick, or Harriet.  In the Israelite mindset names are often action oriented and descriptive in their usage so as to enrich our understanding of the text by embracing the depth of meaning contained within names.  In other words, sometimes there is more to a name than meets the eye.

As I have discussed in previous articles, it has always been my contention that many of the names for people and places in The Book of Mormon are the phonetic spellings of Hebrew words or Hebrew word constructs into English.  As the record itself was translated by a young man who had no real formal education, much less education in the Hebrew language and culture, I stand in awe of the record in its usage of Hebrew word constructs and Hebrew poetic parallelisms.  It follows an inherent adherence to many of the scribal laws of Israel and the Israelite teachings of interpretation that were preserved by various traditions of Judaism to this day.


The name Esrom first appears in the record of Ether:

“ And now, in the days of the reign of Omer he was in captivity the half of his days. And it came to pass that he begat sons and daughters, among whom were Esrom and Coriantumr” (Ether 8:4)

The name Esrom comes from the Hebrew name Hezron, the son of the patriarch Reuben, and is first mentioned in Genesis: 46:9:

“And the sons of Reuben; Hanoch, and Phallu, and Hezron, and Carmi.”

The name Hezron (pronounced Chetsrown) meaning “surrounded by a wall”.  It’s primitive root meaning to surround with a barrier, fence, or stockade.  We can see this understanding preserved in the Hebrew parallelism couched in the text:

And now in the days of the reign of Omer
he was in captivity the half of his days.
And it came to pass
that he begat sons and daughters
among whom were Esrom and Coriantumr” (Ether 8:4)

Here the poetic parallelism connects the captivity of Esrom’s father Omer to the name of his son meaning surrounded by a wall; which would make sense as if someone was in captivity.


The name Coriantumr has been a subject of intense discussion among many scholars.  As Mormon himself appears to follow many of the Israelite scribal traditions, then to unlock the meaning of the word we need to begin to examine its Hebrew Parent Root and its usage in the text.  The name Coriantumr first appears in the Book of Omni:

“And they gave an account of one Coriantumr, and the slain of his people. And Coriantumr was discovered by the people of Zarahemla; and he dwelt with them for the space of nine moons.” (Omni 1:21)

The word Coriantumr does not appear as a name in any available Israelite text, but as a Hebrew word construct it reveals much more.  By examining the word as a phonetic Hebrew construct we can distill the name down as follows:

CoR = Koph Resh= meaning the bringing together of two peoples

Nun= seed or by seed

AM= people or of the people

According to the record of Ether, the Jaredites came out from the land of Sumer at the time of Nimrod and the Tower of Babel.  Ur of the Chaldees was in the region of Sumer or southern Mesopotamia where the Tower of Babel was located.  The city of UR itself considered to be the birthplace of Abraham and his brother Haran.

The poetic parallel in this first mention of Coriantumr yields something quite interesting:

“And they gave an account of one Coriantumr
and the slain of his people
and Coriantumr was discovered
by the people of Zarahemla
and he dwelt with them
for the space of nine moons.”

Here the name Coriantumr is connected with the phrase “space of nine moons” or the gestational period of a child; i.e. the joining of two peoples-Jaredites from the land of UR with the Israelite people of Zarahemla who were descendants of Abraham-who also came out of UR.  My! Oh My!  Could this be a soap opera or what? (LOL)

Here the connection is even further supported by the phrase “large and might man” as it was connected with Jared of whom Coriantumr(1) was descendant and who Coriantumr (2-in Helaman) was a descendant:

In examining this name a great mystery is revealed in the identities of the various parties in The Book of Mormon.  Three peoples comprised of the Nephites, The People of Mulek/people of Zarahemla, and the Jaredites.  All three whose ancestors originated from the Land of UR in Mesopotamia near the Tower of Babel, received a covenant from God, whose descendants were brought to this Land of Promise, and who intermingled as one people. It would also explain many of the arguments between the various parties regarding who had the right to rule and the resulting wars.

The idea of pure lineage, birthright, and the right to rule are concepts that are intricately interwoven throughout the scriptures. An example of these is communicated by the Prophet Mormon when he made the declaration, "I am Mormon, and a pure descendant of Lehi." (3 Nephi 5:20)