The Coming of the Hidden Servant-The Choice Seer 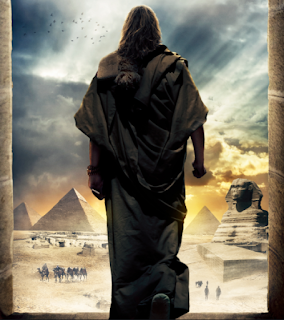 Great and Marvelous are the mysteries of The Book of Mormon. Through the coming of a Choice Seer, God brought forth this prophetic work and record of The House of Israel.  Within it pages rest many great mysteries some of which have come forth, some which are coming forth, and some that have yet to come forth. As a prophetic work, its pages contain the hidden things of God-things of great importance.

The Prophet Lehi in his final blessings to his son’s proclaims a great prophecy regarding his son Joseph.  In his blessing, the draws upon the words of the Patriarch Joseph of Egypt, his ancestor, to make know the coming of future events and servants:

“Wherefore, Joseph truly saw our day. And he obtained a promise of the Lord, that out of the fruit of his loins the Lord God would raise up a righteous branch unto the house of Israel; not the Messiah, but a branch which was to be broken off, nevertheless, to be remembered in the covenants of the Lord that the Messiah should be made manifest unto them in the latter days, in the spirit of power, unto the bringing of them out of darkness unto light—yea, out of hidden darkness and out of captivity unto freedom.” (2 Nephi: 3:5)

Drawing upon the words of the Patriarch Joseph, Lehi reveals the coming forth of two prophetic figures that will come forth to The House of Israel:

The prophet Lehi then goes on to connect the image of a righteous branch to the prophecy of a Choice Seer:

“For Joseph truly testified, saying: A seer shall the Lord my God raise up, who shall be a choice seer unto the fruit of my loins.

Lehi then goes on to equate the role of this “Choice Seer” with Moses and also goes on to declare that the name of the Choice Seer to be Joseph and that he would be named after his father:

“And he shall be great like unto Moses, whom I have said I would raise up unto you, to deliver my people, O house of Israel…And thus prophesied Joseph, saying: Behold, that seer will the Lord bless…And his name shall be called after me; and it shall be after the name of his father…Yea, thus prophesied Joseph: I am sure of this thing, even as I am sure of the promise of Moses; for the Lord hath said unto me, I will preserve thy seed forever.” (2 Nephi 9,14,15,16)

Just as Moses was called by God to deliver the House of Israel, The Choice Seer would be called upon to bring forth the knowledge of the covenants God made with The Fathers to the seed of Joseph.  The writings of Joseph and Judah would then grow together to confound false doctrines, establish peace, and bring them to a knowledge of their fathers in the latter days.

By tradition and through prophetic correlation, we label this Choice Seer to be Joseph Smith as he was also called after his father Joseph Smith Sr.  We an initial fulfillment of this prophecy in the life of Joseph Smith:

“And you have a gift to translate the plates; and this is the first gift that I bestowed upon you; and I have commanded that you should pretend to no other gift until my purpose is fulfilled in this; for I will grant unto you no other gift until it is finished.” (D&C: 5:4)

“Behold, there shall be a record kept among you; and in it thou shalt be called a seer, a translator, a prophet, an apostle of Jesus Christ, an elder of the church through the will of God the Father, and the grace of your Lord Jesus Christ,” (D&C: 21:1)

The coming forth of the words of The Book of Mormon which contains the words of a remnant of Joseph is a fulfillment of this prophecy. Joseph Smith was a descendant of Joseph and called after the name of his father Joseph.  He was also commanded to do none other work than that which he was commanded. But while he was called after his father Joseph there is an interesting Hebrew play on words with the name Joseph which leads to a greater fulfillment of this prophecy.

“Yea, thus prophesied Joseph: I am sure of this thing, even as I am sure of the promise of Moses; for the Lord hath said unto me, I will preserve thy seed forever. And the Lord hath said: I will raise up a Moses; and I will give power unto him in a rod; and I will give judgment unto him in writing. Yet I will not loose his tongue, that he shall speak much, for I will not make him mighty in speaking. But I will write unto him my law, by the finger of mine own hand; and I will make a spokesman for him.” (2 Nephi 3:16-17)

The idea of a “spokesman” is meant to draw the reader’s mind back to Exodus 4:16, “And he shall be thy spokesman unto the people: and he shall be, even he shall be to thee instead of a mouth, and thou shalt be to him instead of God.”  Here Aaron the brother of Moses is set to be his “spokesman”.  The word translated as “spokesman” here is dabar which does mean to speak or declare but is also connected in the prophetic tradition to the phrase, “After these things the word (dabar) of the LORD came unto Abram in a vision, saying, Fear not, Abram: I am thy shield, and thy exceeding great reward.” (Genesis 15:1)

Here the “word” of The Lord is not just a spoken word but a messenger who is sent to fulfill the words (decrees) of The LORD (YHVH).  In Israelite thought our words bring about a fulfillment of that which is spiritual into the physical world where then then take shape and are put into motion. In other words a spokesman or “word” is a person/messenger who is sent to fulfill or properly interpret/establish that of the one who sent him or the one who precedes him.

The Word of Fulfillment

Just as Moses never entered into the Promised Land and Israel did not ascend the Mountain of the Lord, Joseph Smith and his people never established Zion or The New Jerusalem. The prophetic mission of Moses found its prophetic fulfillment in Jesus Christ:

The Spokesman of the Choice Seer

Lehi then declares something quite interesting in regard to the “Choice Seer”:

Historically this passage has been applied to Sydney Rigdon or Oliver Cowdery. They like Aaron served as a spokesman/word/messenger on the peshat (literal) level of interpretation. The prophetic tradition yields an even greater fulfillment. Just as Messiah was the fulfillment of Moses (both being Messiahs to the House of Israel) even so the spokesman/word/messenger of The Choice Seer will also be a Choice Seer who will fulfill the word of his predecessor (Joseph Smith- The Seer). Just as the life and mission of Moses was a type and shadow of Messiah, The life and mission of Joseph Smith is a type and shadow of a Future Choice Seer.  The first being a type of the second.  The difference?  The Future Choice Seer fulfills the mission of the first- The bringing forth of records, The establishment of Zion, and the establishment of a New Jerusalem.

The Coming of The Choice Seer

After Lehi draws upon the prophecies of Joseph in Egypt, he then proceeds to declare unto his son Joseph:

"And now, behold, my son Joseph, after this manner did my father of old prophesy. Wherefore, because of this covenant thou art blessed; for thy seed shall not be destroyed, for they shall hearken unto the words of the book.

And there shall rise up one mighty among them, who shall do much good, both in word and in deed, being an instrument in the hands of God, with exceeding faith, to work mighty wonders, and do that thing which is great in the sight of God, unto the bringing to pass much restoration unto the house of Israel, and unto the seed of thy brethren." (2 Nephi 3:22-24) 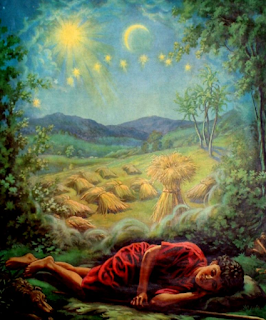 By evoking the phrase "And there shall rise up one might among them", Lehi is connecting the rising up of this mighty one to the dream of Joseph in Egypt:

"For, behold, we were binding sheaves in the field, and, lo, my sheaf arose, and also stood upright; and, behold, your sheaves stood round about, and made obeisance to my sheaf." (Genesis 37:7)

Like Joseph in Egypt this descendant or Choice Seer will stand as both a ruler and preserver to the other tribes of the House of Israel.  Lehi then declares that this "mighty one" shall rise up among the seed (wheat sheaves) of Joseph the Son of Lehi (Joseph ben Lehi)-a modern Messiah ben Joseph if you will. He will have exceeding faith to work mighty wonders to the bringing to pass much restoration to the House of Israel and the seed of his brothers. Because of this blessing, the seed of Joseph son of Lehi would not be destroyed.

Posted by Mormon Yeshiva at 7:07 PM