Pathways Of The Prophetic- Tools Of Bonding 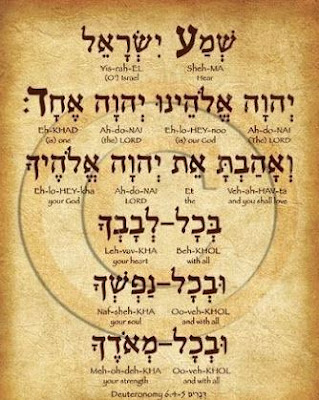 Before Israel lies the ever present command to bond with God.  This state of being and commandment of bonding is epitomized in what is called the Shema:

YHVH is one (echad).  Here the word echad not only states the singular but the idea of unity or bonded oneness.  This state of being and command to be bonded with God is further expressed in the instructions that are tied with this first statement of the Shema:

"These words, which I command you this day, shall be on your heart" (Deuteronomy 6:6) The planting of the word (Wisdom) into the heart (the place of understanding) wherein conscious and organized thought occurs is the pathway to this bonded state with God.

We are to teach his words (wisdom) to our physical children but in a spiritual sense the children also being referred to here are those thoughts of our hearts that are the product of our daily affairs. Like children our minds are often dancing and playing about with the things of the world going from one idea to another-never quite staying on any single activity or idea for very long.  As we talk or meditate upon the wisdom of God (whatever its form), we engage in the process of bonding with God. We take in ourselves the life of the Ruach and resonate with Higher Worlds even Worlds Without End (Ayn Sof).

You shall bind them for a sign on your hand, and they shall be for symbols between your eyes.You shall write them on the door-posts of your house, and on your gates." (Deuteronomy 6:8-9)

While our thoughts and minds remain like a dancing child going from one thought to another without real function or form we find ourselves in a state of chaos. In this chaos of consciousness no focus is ever accomplished and no real power of the mind and spirit developed.  In ancient Israel, the schools of the prophets were instituted to teach students that pathway by which one matured from spiritual childhood to maturity; the idea of being perfect- or the idea of a seed sprouting into a mature tree that is able to produce desirable fruit.  The idea of being like a child was taught in ancient Israel as THE DESIRE TO RECEIVE FROM GOD.  The idea of being holy, perfect, or mature was taught as THE DESIRE TO RECEIVE FROM GOD TO BESTOW-- or perhaps the better way to express the divine principle of passion- TO LOVE GOD AND TO LOVE YOUR NEIGHBOR AS YOURSELF.

MUSIC- A TOOL OF THE PROPHETIC 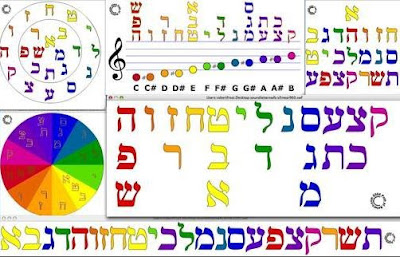 It is often mentioned in the scriptures that when a prophet desired revelation he would have music played. Music as a tool of the spirit would arouse the faculties of the spirit and as a result of this form of contemplative meditation we have before us the Psalms of Israel.  The use of music would be used as part of the prophetic process to engage the physical mind and bring it to the realm of the spiritual. In this process and using this tool, prophets would then contemplate the names of God, words from the Psalms, scriptures, or other revelations.  Once elevated the music would cease and the mind and heart of the prophet would then be in the right disposition of spiritual submission to proceed into the worlds of the spiritual.

In the temple in Jerusalem music and cantors (i.e. singers) would be found using this tool of the prophetic as a tool to separate the temple, its environment, and its listeners from the world of the mundane and elevate them to the world of the spirit. With the destruction of the temple the use of music as a tool of the prophetic became somewhat of a lost art.  But while its use in the prophetic became obscured in some circles, there were other traditions that preserved this knowledge.  In fact, among some Israelite traditions it was taught that God did not speak creation into existence but that he sang creation into existence.

Music as a tool of the prophetic and the creative was seen as an important tool of the prophetic.  But not all music can be used in the prophetic.  As there is music that connects the soul to the celestial  there is music that can open the soul to that which is profane or unholy.  The same tool used to elevate and encourage life in the Ruach Elohiym (Holy Spirit) can also lower the consciousness of man and destroy life in the Ruach Elohiym.

Music is a valuable tool that can enable the mind to walk in a state of extreme focus and contemplation. Music arouses the passion or desire but as with any faculty desire can be focused toward the things of God or the things of the Adversary.  We see music as a tool to draw near God demonstrated in the Tanakh:

Psalm 104:33-34 I will sing unto the LORD as long as I live: I will sing praise to my God while I have my being. My meditation of him shall be sweet: I will be glad in the LORD.

Psalm 95:1-2 Come, let us sing for joy to the LORD; let us shout aloud to the Rock of our salvation. Let us come before him with thanksgiving and extol him with music and song

A vividly portrayed example of the opposite usage of music is recorded in The Books of Adam and Eve numbered among the books of the Pseudepigrapha:

"After Cain had gone down to the land of dark soil, and his children had multiplied therein, there was one of them, whose name was Genun, son of Lamech the blind who slew Cain.

But as to this Genun, Satan came into him in his childhood; and he made sundry trumpets and horns, and string instruments, cymbals and psalteries, and lyres and harps, and flutes; and he played on them at all times and at every hour.

And when he played on them, Satan came into them, so that from among them were heard beautiful and sweet sounds, that ravished the heart. Then he gathered companies upon companies to play on them; and when they played, it pleased well the children of Cain, who inflamed themselves with sin among themselves, and burnt as with fire; while Satan inflamed their hearts, one with another, and increased lust among them."  ( Book of Adam and Eve, Chpt. 20)

This same duality can also be demonstrated in the Book of Mormon where Nephi's brothers and some of the other families began to make merry:

"And after we had been driven forth before the wind for the space of many days, behold, my brethren and the sons of Ishmael and also their wives began to make themselves merry, insomuch that they began to dance, and to sing, and to speak with much rudeness, yea, even that they did forget by what power they had been brought thither; yea, they were lifted up unto exceeding rudeness." (1 Nephi 18:9)

It was not the making merry, dancing and singing that was evil but upon the unrefined natural man whose heart is not upon the things of God music arouses the passion or desires of the natural man causing them descend into the depths of the carnal thereby separating themselves from the spiritual. In doing so they bind the spiritual within themselves as Laman and Lemuel bound Nephi on their ship. The result was that their compass of direction ceased to function and they began to descend to the point of being swallowed up in the depths of the sea. (1 Nephi 18:12-15)

In contrast to the episode with Nephi and his brothers upon the waters of the great deep, we see Alma encouraging his people evoking the Song of Moses to stir up the desire and passion of his people to the things of righteousness:

"And now behold, I say unto you, my brethren, if ye have experienced a change of heart, and if ye have felt to sing the song of redeeming love, I would ask, can ye feel so now?" (Alma 5:26)

The Song of Redeeming Love is the first recorded song of praise in the Bible. The Prophet Isaiah tells us that this song of redeeming love was sung on the night of Passover:

You shall have a song as in the night when a holy feast is kept, and gladness of heart, as when one sets out to the sound of the flute to go to the mountain of the LORD, to the Rock of Israel. (Isaiah 30:29)

This song was sung by Moses as they left slavery in Egypt and is portrayed in Exodus 15. It is a song of hope and faith as Israel looked to God after his promised deliverance from Egypt and the armies of Pharaoh.  This song that was sung by the Red Sea was so precious to Israel that even to this day this song is still sung and remembered by Israel. It is a song of celebration and awe at God's delivering right hand.  It is perhaps one of the greatest songs ever written. In the book of Revelation it becomes not only the song of Moses but the victory song of the Messiah who has brought each one of us out of slavery to sin and praises Him as the author of life and salvation.

Music is a powerful tool as it has the ability to arouse within us feelings and emotions that can lead us to bonding with God or falling into the pathways of darkness. In the mind of an Israelite the passion it arouses is like fuel that can propel one into the Heavens above or to descend into the depths of darkness.  Once our feelings or passions combine with our thoughts we begin to subjectively or objectively engage in the prophetic experience.

When music was played and one's heart was engaging in contemplative meditation upon the things of God, the music aroused the inner part of men and women to release emotions.  The release of this fuel of emotion or passion enabled the student of the prophetic to experience the things of God being contemplated in a very personal experience. The music being played allowed or opened the student of the prophetic to cultivate a deep desire and passion for the things of God.  While passion or desire to receive was the fuel it was the focus of the thought that directed the prophetic experience. It was in this state of spiritual consciousness that enabled one to begin to ascend the Mountain of the Lord's House or to descend into the depths of hell.

Posted by Mormon Yeshiva at 8:56 AM