THE BOOK OF MORMON: EVERY JOURNEY BEGINS WITH A ROADMAP 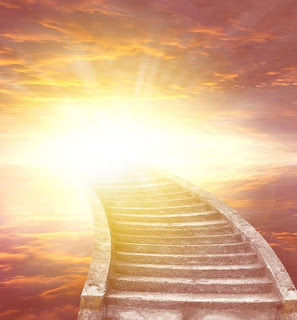 “And out of the ground made the LORD God to grow every tree that is pleasant to the sight, and good for food; the tree of life also in the midst of the garden, and the tree of knowledge of good and evil.” (Genesis 2:9)

Before we dig into the mysteries of the Fathers contained in the Book of Mormon, we must first understand the Israelite roots of the Book of Mormon that establish the foundation upon which all readers can commence their journey to the Land of Promise.  Like Lehi, Nephi, and Jacob we are seeking to achieve oneness with God through direct experience.  These Israelite prophets followed in the footsteps and knowledge of the Fathers that had been passed down and preserved by the House of Israel.  Just as Isaiah, Jeremiah, and Ezekiel climbed Jacob’s ladder in their ascent to oneness with God, so too did the prophets of the Book of Mormon ascend this same ladder by walking the same path that had been marked out by the Fathers who went before.

It is no coincidence that the Book of Mormon Prophet’s relate their accounts of ascension wherein they beheld the Throne of God, Heavenly Messengers, and great visions:

“And being thus overcome with the Spirit, he (Lehi) was carried away in a vision, even that he saw the heavens open, and he thought he saw God sitting upon his throne, surrounded with numberless concourses of angels in the attitude of singing and praising their God. And it came to pass that he saw One descending out of the midst of heaven, and he beheld that his luster was above that of the sun at noon-day.” (1 Nephi 1: 8-9)

“And it came to pass that the Spirit said unto me (Nephi): Look! And I looked and beheld a tree; and it was like unto the tree which my father had seen; and the beauty thereof was far beyond, yea, exceeding of all beauty; and the whiteness thereof did exceed the whiteness of the driven snow. And it came to pass after I had seen the tree, I said unto the Spirit: I behold thou hast shown unto me the tree which is precious above all.” (1 Nephi 11:8-9)

“Yea, methought I (Alma) saw, even as our father Lehi saw, God sitting upon his throne, surrounded with numberless concourses of angels, in the attitude of singing and praising their God; yea, and my soul did long to be there.” (Alma 36:22)

Because of their inner walk with God, the prophets made themselves ready and acceptable to God.  These men and women of old were examples of those who follow the path of righteousness walking in uprightness of heart, integrity, and the brilliance (tzohar) of God’s spirit. Those who would walk this path must undertake to not only study the mysteries of the Fathers but to conform to the image of God communicated in the Word of God. Whether it be Enoch who ascended into Heaven with both himself and his city or the Apostle Paul who was caught up to the third Heaven, the pathway is the same for all.

In our world there are many false prophets and counterfeits who attempt to skim from other disciplines, groups, and new age sources bits and pieces of this knowledge that have been passed down over time, but none have ever examined the knowledge of the mysteries of the Fathers that has been transmitted in perhaps the most unadulterated source, The Book of Mormon.  The journey to the Throne of God and the Land of Promise is a pearl of great price to every follower of righteousness who has sought and found God.  The journey is dangerous and has its perils.  On one side of the path there is an awful gulf ready to swallow those who deviate from it and on the other are mists of darkness that entice the traveler to wander down forbidden paths.  Those who follow the Iron Rod of the word of God though will find themselves like Lehi and Nephi at the base of the Tree of Life whose fruit is white to exceed all whiteness.

There are powers and principalities in this world that seek to prevent not only the transmission of this knowledge but even the very idea of personal intimacy and oneness with God.  They are those “religious” influences that stand at the gate of the Kingdom of Heaven who do not go in themselves nor do they allow others to enter. In every age, those religions and institutions established by the hand and charisma of men seek to erect barriers between God and man.  We should anticipate that our journey will be no different than those prophets, holy men, and women of God who went before who met opposition from the very people who should have been teaching them and encouraging them to oneness with God and his Son.

At one time men and women like Adam and Eve communicated directly with God and enjoyed his presence.  What was once a covenant relationship of intimacy gradually became a relationship of alienated of affections as mankind began to leave God and walk down forbidden paths:

“And Satan came among them, saying: I am also a son of God; and he commanded them, saying: Believe it not; and they believed it not, and they loved Satan more than God. And men began from that time forth to be carnal, sensual, and devilish.” (Moses 5:13)

This departure from God and the ceasing of revelation led to repeated instances in history where it was necessary for Heaven to reach down to earth to spark the divine once again in the hearts of men and women.  The first vision and the coming forth of the Book of Mormon are examples of such occurrences.  While the religions of the day had become cold and legalistic with ritual and creeds becoming the norm, God’s work was characterized by visions of Glory, life, and covenant renewal.
Direct relationship and communication with God is what the accounts of Adam, Enoch, Noah, Abraham, Isaac, Jacob, Joseph, Moses, Lehi, Nephi, Jacob, Alma, Mormon, and Moroni are all about.  Because of their calling and relationship with God, many sought to take away their lives or they were persecuted for the gifts God had given them.  They demonstrated that if our hearts and minds were open we can recognize and use the spiritual keys that lead the Fathers to experience God directly.  If we desire to receive what the Holy men and women of old received we must be willing to follow in their footsteps and to bestow upon others as God bestows upon us. By using the record of the Book of Mormon as our guide we can unlock the gate to the path that leads to the Tree of Life.

Every journey begins with a roadmap.  The journey through the Book of Mormon is a journey that connects our souls back to the Throne of God from where we came.  To make this climb and to embrace the hidden mysteries of the Fathers contained in the Book of Mormon requires that we understand one of the oldest and most sacred of symbols to the House of Israel-The Tree of Life (Etz Chaim).    The Tree of Life is both a key and a roadmap that leads us to the Throne Room of God.  Understanding this symbol will unlock much of the knowledge of the Fathers that Nephi is transmitting to his readers.

In using the symbol of a tree with roots, trunk, and branches God gave the House of Israel a physical symbol with its own language that when understood unlocks great knowledge.  As we inhabit a physical body our minds more easily grasp the physical to understand the great and non-physical things of God. As we grow in our understanding of the physical symbol we are able to grasp and process the realm of the spirit.  The knowledge and understanding of this symbol has been preserved by various disciplines and schools of thought among Jews to this day.  The origins of this symbol are attributed to the Fathers such as Adam, Enoch, Noah, Abraham, Isaac, and Jacob.  While they symbol represents the physical form of a tree, the mysteries hidden in the Tree of Life contain the keys to the first language, biology, physics, mathematics, arts, chemistry, architectural science, martial disciplines, and spiritual disciplines that were taught by the Fathers.  The symbol is multi-dimensional in its applications and yet so simple that a young child can be taught great truths using it. 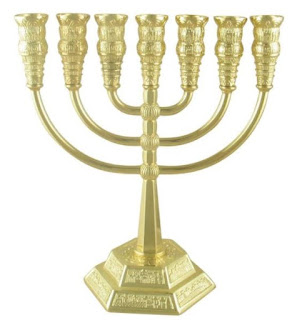 Posted by Mormon Yeshiva at 8:47 AM