WHO IS THE GOD OF THE BOOK OF MORMON? 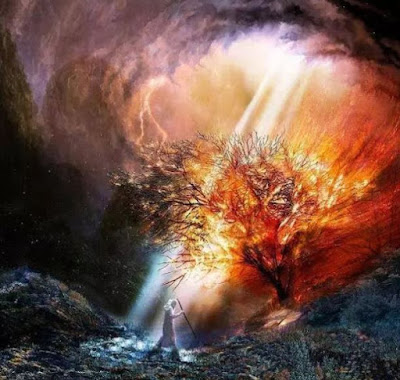 "And God said unto Moses, I AM THAT I AM: and he said, Thus shalt thou say unto the children of Israel, I AM hath sent me unto you." (Exodus 3:14)

When Moses ascended the Mountain of YHVH the God of Abraham, Isaac, and Jacob revealed his identity and name that Moses was to carry to the House of Israel in Egypt.  In this apocalyptic event God revealed his name I AM THAT I AM-- or rather in Hebrew Ehyeh Asher Ehyeh.  I AM is also one of the only two accepted  translations of the word ehyeh that is found in Exodus 3:14. The word ehyeh of Exodus 3:14 is a first person singular of the verb and is identified  as the name by which God revealed himself to all Israel. As such Ehyeh is referred to as the name of God and is translated into English as I AM.

One of the most important truths established in the scriptures is that God is unchangeable. That he is the same yesterday, today, and forever.  The foundation stone of the name of God is a consistent pattern and theme through all Israelite Scripture.  Not only was it the name by which God revealed himself to Moses but it was also the name declared by Messiah Yeshua/Yehoshua (Jesus) to the people of his time in Jerusalem:

"Your father Abraham rejoiced to see my day: and he saw it, and was glad.

Then said the Jews unto him, Thou art not yet fifty years old, and hast thou seen Abraham?

The name of God is a foundation stone in the covenant God made with Israel.  If the Book of Mormon is an Israelite record of a Torah Observant people then the foundation stone of the name and identity of God must also be consistent with the record of the Fathers and God's revelation of himself.  As God has declared through his prophets, he is unchangeable:

"For I am YHVH, I change not; therefore ye sons of Jacob are not consumed." (Malachi 3:6)

On cursory reading of the Book of Mormon it would appear that this detail was left out.  OR WAS IT?


A MYSTERY HIDDEN IN PLAIN SIGHT 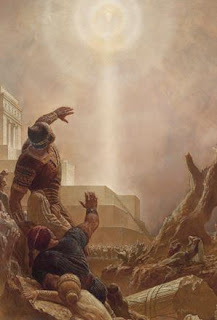 In reading the Book of Mormon through the eyes of a Western Gentile based culture, we often miss the nuances of the Hebrew language and culture.  In doing so, we miss many of the plain and precious truths of the Book of Mormon communicated by Jews to Jews.  In 3 Nephi 11 a voice from above declares Jesus as the Messiah:

This same revelation of Ehyeh, the being who revealed himself to Moses, is also demonstrated in revelation of Yehoshua to the Brother of Jared: 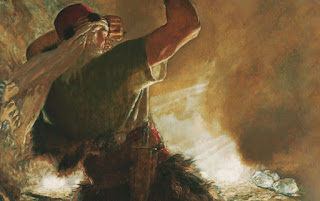 In true Israelite fashion, the same being who declared himself to Moses in the Burning Bush also declares himself to the Nephites and is identified as the same being who appeared to the Brother of Jared.  According to the tradition passed down through the School of the Prophets and into some modern Jewish traditions EHYEH is the deepest and most sacred name of God.

Posted by Mormon Yeshiva at 7:46 AM