Nephi- Lessons From A Tsaddik In Process 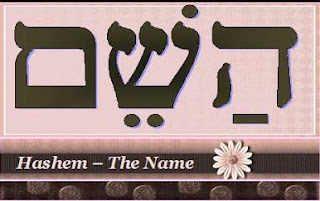 “And it came to pass that I, Nephi, being exceedingly young, nevertheless being large in stature, and also having great desires to know of the mysteries of God, wherefore, I did cry unto the Lord; and behold he did visit me, and did soften my heart that I did believe all the words which had been spoken by my father; wherefore, I did not rebel against him like unto my brothers. And I spake unto Sam, making known unto him the things which the Lord had manifested unto me by his Holy Spirit. And it came to pass that he believed in my words.” (1 Nephi 2:16-17)

Nephi the son of Lehi represents the child of God, the open vessel desiring to be filled to bestow. He is the epitome of the child of God, “For the natural man is an enemy to God, and has been from the fall of Adam, and will be, forever and ever, unless he yields to the enticings of the Holy Spirit, and putteth off the natural man and becometh a saint through the atonement of Christ the Lord, and becometh as a child, submissive, meek, humble, patient, full of love, willing to submit to all things which the Lord seeth fit to inflict upon him, even as a child doth submit to his father.” (Mosiah 3:19)

Nephi became a vessel because of his desire to receive from God.  The mysteries of God in an Israelite mind are not just sacred information but more fully the mystery of God is to receive the image of God; his spirit, image, his character and attributes, and his presence.  Having this desire he begins to offer his desire to God and in doing so becomes a vessel for God to fill (i.e. visit me).  In doing so the Lord made his heart (thoughts and emotions) open and submissive to the words of his father that led him to a state of obedience instead of rebellion (ie. willing to submit to all things which the Lord seeth fit to inflict upon him, even as a child doth submit to his father.) Our desire creates the vessel that the Lord can fill and in receiving the light of God we become submissive to him as our Father to uphold and carryout the things we have been bestowed.  In receiving from God, Nephi then speaks to bestow upon Sam.  The name Sam is an English translation of the Hebrew word Shem meaning name as in the phrase Ha Shem (The name).  His brother Sam or Shem is representative of those who are carry the name of God (i.e. those who believe the word of God or those who are willing to believe the word of God.)  In Israelite thought those who are willing to believe and obey the words of God are those who have taken upon his name (Shem).  This is more fully supported in the Hebrew word play used by Nephi in the phrase, “And I spake unto Sam (Shem-name-those of the name), making known unto him the things which the Lord (YHVH- the name of God) had manifested unto me by his Holy Spirit.”

Posted by Mormon Yeshiva at 7:16 AM