WAS ZORAM A LEVITE? 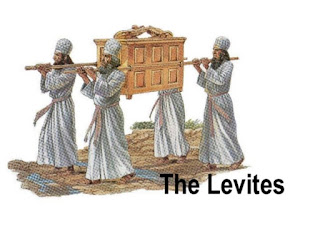 There have been many theories over the years as to the identity of Zoram who was the servant of Laban.  Who was he?  Why was he important?  Over the years I have heard many explanations, but without familiarity with Israelite culture we often pass over (no pun intended) small and simple things which reveal to us the greatest of truths.

First and Foremost it is important to understand that the Nephites were a Torah observant society. This meant that they kept the mitzvot (commandments), Chukkim (statutes), and the judgments (mishpatim) strictly.

"And we did observe to keep the judgments, and the statutes, and the commandments of the Lord in all things, according to the law of Moses." (2 Nephi 5:10)

"And now it came to pass in the eighty and sixth year, the Nephites did still remain in wickedness, yea, in great wickedness, while the Lamanites did observe strictly to keep the commandments of God, according to the law of Moses." (Helaman 13:1

To strictly observe the Torah, however, requires the presence of one tiny detail- the presence of a Levite.  The presence and performances of the Levites were essential for worship and government in an Israelite society.  Without them, the Torah of Moses could not be fully executed as by commandment there were specific functions that only a Levite (and in some cases specifically a descendant of Aaron) could fulfill.

When I have discussed this fact with some, I am often approached with theories regarding priesthood and attempts to assert legal exceptions to God's commandments.  From an Israelite perspective, as God is a covenant keeping God, he cannot and will not break his covenant- commandments and instructions.  This would include the role of the Levites in their roles as priests in the House of Israel.

ZORAM WAS A LEVITE


When people read the account of Nephi and Zoram they often overlook the phrases, "servant of Laban who had the keys of the treasury" and "that he should with me into the treasury".  These phrases lend key details as to the identity of Zoram.

That Zoram had the "keys of the treasury" and could go into the treasury tells us he was not an ordinary house slave or a person in bondage.  It was not uncommon for those of wealth and in particular the Sar(s) or Princes of the ruling tribes to have house Levites or priests.  This is demonstrated by the account of Micah in the book of Judges:

"Now there was a young man of Bethlehem in Judah, of the family of Judah, who was a Levite, and he sojourned there. And the man departed from the town of Bethlehem in Judah to sojourn where he could find a place. And as he journeyed, he came to the hill country of Ephraim to the house of Micah.

And Micah said to him, “Where do you come from?” And he said to him, “I am a Levite of Bethlehem in Judah, and I am going to sojourn where I may find a place.”

And Micah said to him, “Stay with me, and be to me a father and a priest, and I will give you ten pieces of silver a year and a suit of clothes and your living.” And the Levite went in. And the Levite was content to dwell with the man, and the young man became to him like one of his sons.

And Micah ordained the Levite, and the young man became his priest, and was in the house of Micah. Then Micah said, “Now I know that the LORD will prosper me, because I have a Levite as priest.” (Judges 17:8-13)

From and Israelite point of view, these apparently small details reveal much regarding Zoram, Laban, and the Nephite Society.  As levitical priest both Zoram and his male descendants could have functioned in their roles as priests as required by God in the Torah of Moses.  That Zoram was a house priest also gives us much information as to the status of Laban as a mighty one, a man of wealth, and most likely the Sar or ruling prince of the Tribe of Manasseh-as Laban had ownership of the tribal record.

No common house servant or common man would have been able to enter the treasury in Jerusalem much less to hold the Keys of the Treasury. With the presence and role of the Levites preserved through Zoram and his descendants we see the foundation of Nephite temple construction and worship established according to the laws of God in the Torah and as would be seen in ancient Israelite Society.

"And I, Nephi, did build a temple; and I did construct it after the manner of the temple of Solomon save it were not built of so many precious things; for they were not to be found upon the land, wherefore, it could not be built like unto Solomon’s temple. But the manner of the construction was like unto the temple of Solomon; and the workmanship thereof was exceedingly fine." (2 Nephi 5:16)

The presence and function of Levites among the Nephites would allow for strict observance of the Torah.  This would include the sacrifices and other temple functions including their roles in the Appointed Times of Israel such as Passover, Shavuot, Sukkot, etc.