That Evil May Be Done Away! 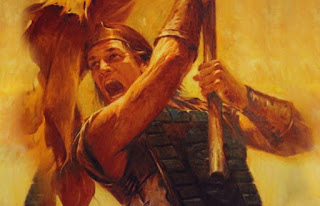 Are we Being Socially Engineered through control of Information- Either Current or Historical? Our country was founded on the Ideology of Liberty and Freedom- Freedom of Speech being one such foundation stone. Our current situation finds its roots in a complete picture of Historical Accuracy. Without investigating all sides of historical issues we are doomed to not only be slaves of ignorance but the willing slaves to corporate task masters who have a vested interest in "managing the masses" through the strategic control and manipulation of information. We must stand up not only for the Freedom declared by the Declaration of Independence and established in our Constitution but also for the Liberty to walk in these Freedoms unfettered.

When you see the tides of division- Men and Women of All Races in the United States- know that your true task masters are not far behind in accomplishing their goal of enslaving us all. The comfort and false security crafted by the selective revision of History and the science of propaganda is designed with one final goal- the destruction of Freedom and Liberty in all Lands.

Righteous Causes are only established on the foundation of Righteous Laws and Principles. Yet even the evil believe their cause to be Righteous. They endeavor to cloak their evil designs under the guise of Freedom all the while their goal is to create a system of slavery. True Liberty requires sacrifice. True Freedom requires the upholding of Just Laws. The President is no greater than the citizens he was elected to represent and protect. The corporate mogul is of no greater worth than the homeless man on the street.

Abdicating our role and responsibility in maintaining freedom leads to a complacency in every area of life. It takes education and action to make effective change. Those lovers of freedom and righteousness both here and beyond the veil of this human existence far exceed the numbers of those who maintain the illusion of control. Their one fear is that oneness and unity that comes from breaking the yoke of their lies, division, and propaganda. They know that it will result in the harmony of every nation, tribe, language and people over which they cannot prevail.

A Voice of Warning- Being Fulfilled in our Day

Posted by Mormon Yeshiva at 6:49 AM