Why Did Captain Moroni Rend His Coat? Kriah 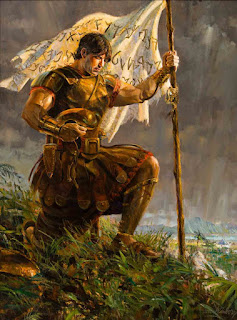 "And it came to pass that he rent his coat; and he took a piece thereof, and wrote upon it—In memory of our God, our religion, and freedom, and our peace, our wives, and our children—and he fastened it upon the end of a pole. And he fastened on his head-plate, and his breastplate, and his shields, and girded on his armor about his loins; and he took the pole, which had on the end thereof his rent coat, (and he called it the title of liberty) and he bowed himself to the earth, and he prayed mightily unto his God for the blessings of liberty to rest upon his brethren..." (Alma 46:12-13)


The practice of tearing a garment as a demonstration of mourning was a common custom of Israel. This act of mourning is found in several places in the Torah where people tear their clothes as an outward act of sorrow. This rending of the garments is called the Kriah and is an physical act that demonstrates the sorrow and anguish one would feel at the death of a friend or loved one. 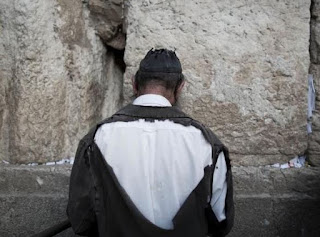 The word Kriah carries the meaning "to call out" someone as when someone calls out to God with energy, emotion, and power of the heart.  The act of Kriah is designed to stir within the performer and the witness their grief and to create an opening (a rending of a cloth, coat, or veil) to release the full energy of the heart.  It is an act performed by the participants of a funeral prior to the burial. It is also an outward sign of love of those who mourn for the deceased.

Several teachings from ancient Israel document several reasons for the practice of Kriah. According to some of these teachings it serves to cause an person to come face to face with the sacred importance of the life granted by God.  It serves as a graphic symbol of loss.  It demonstrates the deep sense of sorrow and pain. It rids the heart of malice and anger causing a return to God- repentance. The tearing of the garment itself is described as a revelation of the Heart. 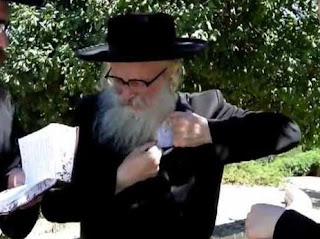 Captain Moroni's declaration in writing upon the remnant of his coat "In memory of our God, our religion, and freedom, and our peace, our wives, and our children" is meant to open the Hearts of the Reader and to call out the energy of their heart unto repentance.  His act of mourning was designed to stir the hearts of those who would grieve like unto those grieving at the funeral of a loved one reminding us the sacred gift of life and liberty granted by God.

Posted by Mormon Yeshiva at 6:42 AM