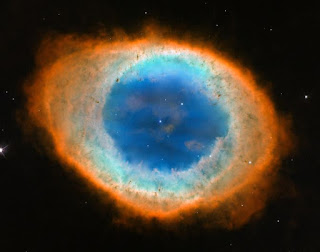 The scriptures record that from the Fathers down to Israel the practice of praying prayers at set times of the day was a common practice. While set and ritualistic prayers were passed down through varying Israelite traditions, the prayers of the Fathers were not the many varying forms of rote prayers many recite today.  What is termed “prayer” in the scriptures is more closely related to our present forms of meditation.

One recorded instance in scripture of meditation is cited in relation to Isaac the son of Abraham:

“And Isaac went out to meditate in the field at the eventide: and he lifted up his eyes, and saw, and, behold, the camels were coming.” (Genesis 24:63)

In similar vein, The Book of Mormon also communicates this same principle.  In a visionary experience, the Prophet Lehi receives a two-way communication with God.  In doing this he communicates the same concept of meditative prayer as with Isaac:

“And it came to pass after I had prayed unto the Lord I beheld a large and spacious field.” ( 1 Nephi 8:9)

Like Isaac, Lehi’s visionary experience communicates the same type of prayer/meditation with the accompanying revelatory consciousness expanding view communicated in the Torah through the symbolism of the field.  The detail and instruction that often goes unnoticed is the first lesson of Separation and Silence.  Like Isaac who we finding meditating in a field which offers separation and silence we also see Lehi in vision praying and then opening up in the separation and silence of a field where he experiences his connection with God.  Whenever the Fathers wished to connect with God the first rule they followed was to separate themselves from the noise and hustle of the world and go into a place of silence and seclusion.

This lesson of separation and silence is further reinforced in the case of Lehi where Nephi states:
“And all these things did my father see, and hear, and speak, as he dwelt in a tent, in the valley of Lemuel, and also a great many more things, which cannot be written upon these plates.” (1 Nephi 9:1)

Lehi received his two-way communication that he both saw, heard, and spoke as he dwelt in a tent. The tent was a place of separation and silence in similarity to the Mishkan or Tabernacle in the Wilderness. In Israel a holy man or Tsaddik would often resort to separation and silence by going into a cave (like Elijah) or often in more common practice resorting to a tent where he could commune with God.  This teaching is preserved in Israel to this day with the tradition of the Tallit, the four cornered covering worn by men, which is taught to be a personal Mishkan or Tabernacle.  It is this same concept to which the Messiah alludes when he said, “But thou, when thou prayest, enter into thy closet, and when thou hast shut thy door, pray to thy Father who is in secret; and thy Father, who seeth in secret, shall reward thee openly.” (3 Nephi 13:6) 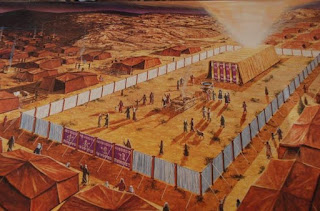 While the word used in English is closet it comes from the idea of the secret place.  For an Israelite the Tent, the Mishkan, or even a tallit could serve as a secret place.  It is to the secret place of separateness or silence that one resorts to traverse the passage of your spirit and to connect with the divine. 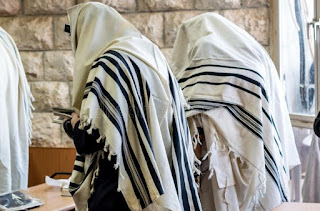 We have a gulf which separates the world from the divine. This practice of separateness and silence became known in later writings as hitbodedut.  The root meaning isolated or alone.  As a result of the fall we can no longer easily cross over the gulf between the worlds to experience the physical and the spiritual at the same time.  While we experience the physical world the spiritual world is like a dream.  While we experience the spiritual world, the physical world is also like a dream.  One is unclear even as the other is clear until the point of balance and connection is established.   In many ways, the gulf between the two and the disability it brings that was caused by the fall is great, but it is still traverseable. This awful gulf is represented in true Israelite fashion by Nephi in his vision:

"And they said unto me: What meaneth the river of water which our father saw?

And I said unto them that it was a representation of that awful hell, which the angel said unto me was prepared for the wicked." (1 Nephi 15:26-29)

This awful gulf is symbolic of the divide which separates the holy from the profane or the carnal from the spiritual.  To begin the journey across the divide is to commence a discipline or walk through the strait or navigated pathway step by step ascending unto the Tree of Life.

“Yea, we see that whosoever will may lay hold upon the word of God, which is quick and powerful, which shall divide asunder all the cunning and the snares and the wiles of the devil, and lead the man of Christ in a strait and narrow course across that everlasting gulf of misery which is prepared to engulf the wicked— And land their souls, yea, their immortal souls, at the right hand of God in the kingdom of heaven, to sit down with Abraham, and Isaac, and with Jacob, and with all our holy fathers, to go no more out.” (Helaman 3:29-30)

The passage of the spirit being encoded in his words thus:

"And he hath power given unto him from the Father to redeem them from their sins because of repentance; therefore he hath sent his angels to declare the tidings of the conditions of repentance, which bringeth unto the power of the Redeemer, unto the salvation of their souls.

And now, my sons, remember, remember that it is upon the rock (Malkhut) of our Redeemer (Tipheret), who is Christ, the Son of God, that ye must build your foundation (Yesod); that when the devil shall send forth his mighty winds, yea, his shafts in the whirlwind, yea, when all his hail and his mighty storm shall beat upon you, it shall have no power over you to drag you down to the gulf of misery and endless wo, because of the rock upon which ye are built, which is a sure foundation, a foundation whereon if men build they cannot fall." (Helaman 5:11-12) 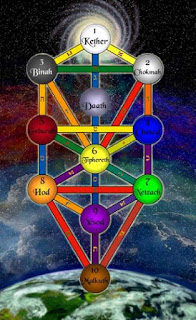