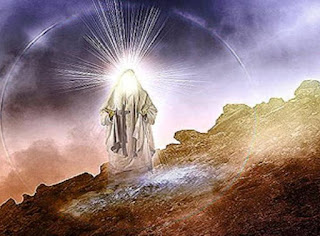 There are many plain an precious truths concealed in the pages of the record of the Nephites.  Among these "plain and precious" truths were hidden prophecies recorded by their Prophets concealed in the prose but revealed in the poetic Hebrew block structure and parallelisms.  These hidden prophecies may hold the keys to the Great and Marvelous Works of God yet to come forth.  They may also hold the key to the true purpose and function of the Book of Mormon hidden in plain site in language meant to both reveal and conceal.

It was taught early in the restoration that people such as Enoch, Elijah, Moses, John the Apostle, the Three Nephites, and others were translated. The idea of translation is similar to the Israelite concept of ascension in that a person or persons were taken into Heaven either temporarily or permanently to reside among the hosts that reside in the presence of God.

This idea of ascension or translation was recorded in the Book of Mormon in the account of the Prophet Alma whose death was not recorded but left open as to his fate wherein he was compared to the Prophet Moses:

From the above referenced record, the Nephites suggest that Almah had ascended or had been translated like unto Moses.  This concept is indicated by the phrase "YHVH took Moshe unto himself".  The speculation regarding the fate of Moses and his burial has been a topic of interest, speculation, and debate not only in Mormon circles but also many Jewish circles. Using other ancient interpretive keys, it may just be the prophet writer of the account of Alma may also have given us another when he stated earlier that when Alma had blessed the assembly "he departed out of the land of Zarahemla as if to go into the land of Melek".  The land of Melek was in the north.  When looking more closely at this passage using other Israelite interpretive keys Melek is the Hebrew word for king such that the prophet writer is suggesting that Alma was taken to the Land of the King.

That the Book of Mormon preserves this knowledge and understanding of ascension of individuals like Moses and perhaps Alma is amazing in and of itself. But what is even more amazing is the preservation of a prophecy upon the head of Joseph of Egypt made by his father Jacob regarding the preservation of the seed of Joseph:

now behold this was the language of Yacov

Couched in the War Chapters of the Book of Alma, an ancient prophecy made by the prophet Jacob/Israel is recorded that a remnant of the seed of Joseph shall also "be taken unto himself";  the same expression "taken unto himself/ taken unto Elohiym" used with Moses and Alma who were taken unto Elohiym.  While Captain Moroni captures this prophecy for us he applies this to his people and those that had dissented from them.  We have no record in the Book of Mormon of any people who were translated, permanently ascended into Heaven, or taken by the Hand of Elohiym.  The prophecy revealed indicates that like Moses and Alma who were "taken by the hand of Elohiym" a remnant of the posterity of Joseph of Egypt will also reach a state of Ascension/ Translation a state similar to those of the city of Enoch who were also taken:

"And it came to pass that the Lord showed unto Enoch all the inhabitants of the earth; and he beheld, and lo, Zion, in process of time, was taken up into heaven. And the Lord said unto Enoch: Behold mine abode forever....And after that Zion was taken up into heaven, Enoch beheld, and lo, all the nations of the earth were before him..." (Moses 7:18-21)


The question then comes, if a Remnant of Joseph is to ascend or "be translated" ie. "taken unto Elohiym" then has this prophecy already been fulfilled or is it yet future?

All rights reserved. No portion of this article may be reproduced in any form without permission from the publisher, except as permitted by U.S. copyright law.
Posted by Mormon Yeshiva at 3:52 PM